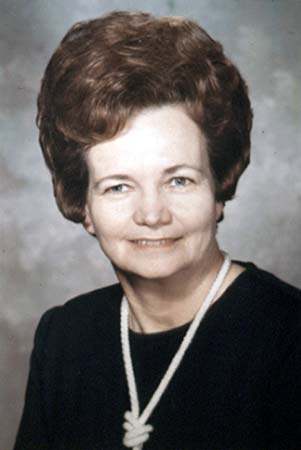 Cornelia “Nena” Brown LeSueur passed away peacefully through the veil, to be reunited with her husband after a 48-year separation, in her home on December 28, 2018 – the home she lived in for 70 years.

Nena was born at home on September 6, 1918, to Donald and Cornelia Brown, in Miami, Arizona. She was the third of six children. She married William Wallace LeSueur on July 29, 1940, in the Manti Utah Temple. She spent most of her 100+ years in Mesa, where she and her husband, Wallace LeSueur, raised their six children with love. Her life was devoted to serving – in The Church of Jesus Christ of Latter-day Saints, her family, and her community.

In a day when few women went to college, Nena graduated with a degree in education from Arizona State Teacher’s College (now ASU) and taught school while her husband served in the military during WWII. She and her husband built a business together – LeSueur’s Men’s Store – that served Mesa for many years, including outfitting many missionaries.

Funeral services will be held on January 12, 2019 at 11:00am at the Solomon Ward, 977 East Broadway Road, Mesa, Arizona 85204. There will be no visitation prior to the service, however, family and friends are invited to meet in the cultural hall to visit after the service. Interment will be at the City of Mesa Cemetery, 1212 North Center Street, Mesa, Arizona 85201.

The family is very appreciative of all of the service rendered to our mother over the last few years of her failing health.