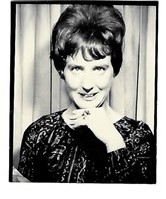 Colette was born in Indianapolis, Indiana on June 28, 1944.  Her parents were Captain L. C. Petross, USN, and Kathryn R. Petross.  Colette grew up on Naval Bases in Green Cove Springs (Florida), Algiers (Louisiana) and Pearl Harbor Honolulu, Territory of Hawaii.  After her father retired from the Navy, Colette lived six years in Springdale, Arkansas before moving to Mesa, Arizona in 1963.

Colette was a musical child prodigy.  She could play the piano by ear from an early age.  She went on to master playing the organ, accordion and harpsichord.  She also studied voice and competed in State-wide singing completions in Arkansas.  Additionally, she sang in the Methodist Church choirs in Springdale and Mesa.

In her later years Colette took up poetry.  She had an amazing gift to write, effortlessly, beautiful odes to people she loved, as well as other topics.

Colette graduated from Springdale High School and Mesa Community College.  Prior to retiring, Colette was a nurse at Mesa Lutheran Hospital.

Colette is survived by her brother, Stephen L. Petross of Mesa, Arizona.