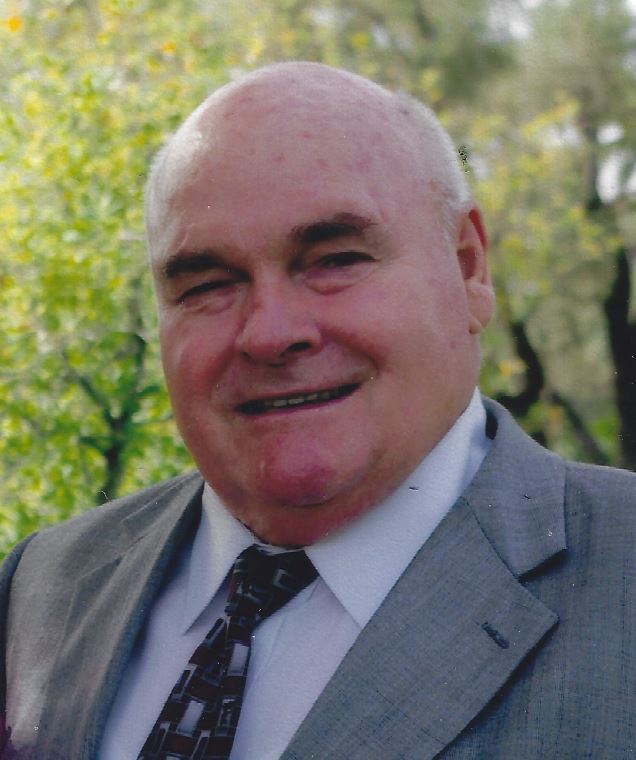 Clyde Arthur Barney was born March 28, 1939 in Spanish Fork, Utah to Arthur Hyrum Barney and Hannah Christina Otteson Barney.  He passed away on April 17, 2021, at his home in Gilbert, Arizona.

When he was four years old, the family moved to a ranch in Kilgore, Idaho.  This is where he grew up, riding horses all over those beautiful Idaho mountains.  He and his family love that area and go there as often as possible.  He dearly loved to go fishing, hunting, snowmobiling, and riding ATVs. He never did his hobbies alone and always had his family by his side.

After high school, he served a mission to the central Atlantic states mission.  Some of his missionary companions became lifelong friends.

He met and married Rita Jean Hunter, in 1963, in the Idaho Falls Temple.  They have five children, Tamma, Teresa, Travis, Trase, and Todd.

He attended college at USU and ISU.  He would take forest service contracts in the summer to pay for college.  He ran 50 head of horses, and Rita cooked for 40 men out of a tent.

He really wanted to farm and work with horses, but Rita said she couldn’t make enough teaching school to support that endeavor.  That’s when he discovered his salesmanship abilities, which proved successful over the years.

He sold farm fertilizer product’s for a few years.  He discovered his love of flying and became a pilot.  He really loved his airplanes.  He opened an RV sales lot in Pocatello, Idaho, which ran for 15 years.  Todd’s health was struggling in the cold climate, which prompted the move to Arizona in 1986.  Todd thrived in the warm Arizona sun.  A couple of the businesses he started in Arizona were a grocery store for a few years, and then on to developing land and building subdivisions.

Rita loves to travel, and he decided if he wanted to be with her, he’d better love to travel too!  They traveled a lot of places around the world and went on several cruises.  They had a lot of fun just being together.

He loved practical jokes and having a good time.  Some of the water fights he started were epic.  He was a people person and loved talking to people.  He never met a stranger, and made lasting friends everywhere.

His favorite title was DAD.  He loved his babies before they were even born.  He was so proud of his children and their spouses, and the lives they created for themselves and their families.

He was preceded in death by his parents, his daughter Tamma, his granddaughter Callie, and sisters Betty and Jayney.  He is survived by his wife, Rita, daughter Teresa (Kelly) Anderson, son Travis (Jan), son Trase (Priscilla), son Todd, 25 grandchildren and soon to be 17 great-grandchildren and a sister Pat (Revo) Williams.

He is an active member of The Church of Jesus Christ of Latter-day Saints and served in many positions.  One of his favorites was as a temple worker with Rita where they served for many years.

There will be a viewing Friday, April 23rd from 6 – 8 PM, viewing at 10 AM on Saturday, April 24th, followed by the funeral service at 11AM at The Church of Jesus Christ of Latter-day Saints, 234 N. Greenfield Rd. in Gilbert.

In lieu of flowers, the family asks you to please make a donation to The Church of Jesus Christ of Latter-day Saints missionary or humanitarian fund.

For those unable to attend, you may view the funeral service at: