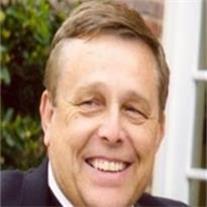 Clinton Lee Chappell, 65, passed away on August 26, 2013, while surrounded by loved ones in his home in Plano, Texas. He was born in Harlingen, Texas, on September 21, 1947 to Henry Clinton and Emily May (Wheeless) Chappell, and was the elder of two children.

His childhood began in Texas, although he moved to Huntington Beach, California as a toddler. In his youth, the family moved to Scottsdale, Arizona, where he stayed through his high school and college years.

After graduating from Arizona State University with a degree in Mechanical Engineering, Clint met his future wife, Katherine Naylor, and joined the Church of Jesus Christ of Latter-day Saints on October 30, 1971. Clint and Kathe were married on February 5, 1972 and sealed for eternity one year later in the Mesa Arizona temple.

Together, Clint and Kathe lived in Arizona, Oregon, California, Virginia, and Texas, raising their five children, Misty, Tim, Mike, Chris, and Tiffany, from coast to coast. Ever the entrepreneur and inventor, Clint pursued a diverse and successful career ranging from real estate appraisal to creating, manufacturing, and selling his own electronics accessories. A tireless worker, he put himself through college as a church janitor. Post-graduation, he worked at Arizona Water Company, and shortly entered the real estate field, joining the family business, Naylor Realty, before forming his own firms, Appraisal Priority and Sales Service Company. He then established himself as a leader in the field of appraisal evaluation development, enjoying positions with firms including Bank of America, Fannie Mae, and Goldman Sachs.

Throughout adulthood, Clint was a faithful member of the Church of Jesus Christ of Latter-day Saints. He applied his talents to a variety of callings, including executive secretary, stake financial clerk, stake young men’s secretary, and youth Sunday School teacher. His most-loved positions were in the youth programs—he was blessed to begin and end his church service in support of the scouting program.

Clint always engaged in his hobbies with vigor and passion, fully involving himself in his current avocation. An avid outdoorsman, Clint was a waterskiing champion and loved snow skiing, hunting, fishing, camping, and whitewater rafting. He got his pilot’s license in his 30s and would fly his family around the Arizona landscape. He applied his mechanical engineering skills to excel at Pinewood Derby racing, scale remote control hydro boat racing, and scale modeling. From Arizona to Virginia, he was a gardener, always crafting elaborate watering systems and wildlife protection. He enjoyed building and fine-tuning his own high-performance engines, often working on the boats used for water skiing, and eventually designed and built a custom Opel GT with a Ford V8 engine. Clint always involved his children, passing along his skills to the next generation; auto repair, electrical wiring, plumbing, framing, furniture making, and more.

Clint’s greatest joy was found with his family; his legacy will be continued by his wife of 41 years, Katherine; his five children, Misty Selvidge, Timothy, Michael, Christopher, and Tiffany Harman; nine grandchildren, Cami, Cassie, Tyler, Carli, Saylie, Caylie, Makayla, Callie, and Audrey; and his sister, Frances.

Funeral services will be held at Bunker’s Garden Chapel, in Mesa, Arizona, on Friday, August 30, 2013.