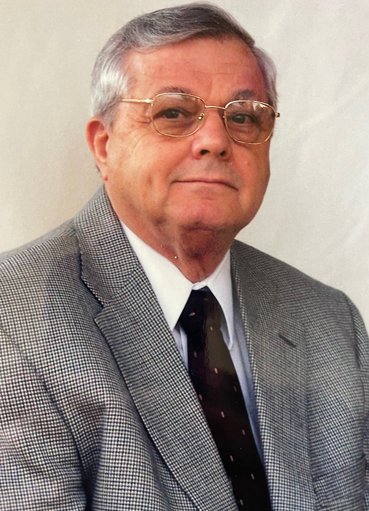 Clare Everett Deimler, 89, passed away peacefully on March 25, 2022, in Mesa, Arizona,  He was born in 1933, to Lloyd and Helen (Peters) Deimler in Hummelstown, Pennsylvania.

He grew up in a large family, farming near Landisburg.  Clare then joined the Air Force, serving in the Korean War and was later stationed at Malmstrom Air Force Base in Great Falls, Montana.  While stationed at Malmstrom, he met his wife of 64 years, Donna (Cook).  After an honorable discharge, he and Donna stayed in Great Falls, where they raised their family.  He and Donna relocated to Mesa, Arizona in 1986.

He led a happy, active life filled with family and friends.  He was an avid hunter and fisherman during his time in Montana.  His hobbies and interests included gardening, woodworking and genealogy.  He was a member of the LDS church, devoting much of his time and energy to serving others.

He is survived by his wife, Donna Fay (Cook) Deimler, and children Mike (Laurie) Deimler, Robin

He was preceded in death by his parents, his sister Romaine Stansfield, brothers Charles (Sonny) and Herman, grandson Andrew Amador and son-in-law Darrell Reimers.

Visitation will be 6:00 to 8:00 PM on Wednesday, March 30, 2022, at the Bunker Family University Chapel located at 3529 East University Drive, Mesa, Arizona.  Graveside services will be at 11:00 AM on March 31, 2022, at San Tan Memorial Gardens, Queen Creek, Arizona.  In lieu of flowers, donations to the LDS Missionary Fund are suggested.