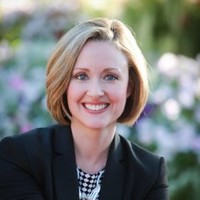 Christy Myers Smith, a loving wife, dedicated mother, and selfless friend, passed away unexpectedly on August 14, 2019 at the age of 44.

Christy was born on April 30, 1975 in Phoenix, Arizona to Ed and Karen Myers. She was the oldest of five siblings. She is survived by her husband, Brent, and her two children Jason and Hailey as well as by her mother, Karen, her brothers, Jimmy (Marcela), Clayton (Valerie), and Scott (Jennie), and her sister Bonnie Giles (Jason). Preceding her in death was her father, Ed, and Grandfather, Clayton, with whom she had an exceptional bond.

Christy Myers met Brent Smith, at an ASU singles dance the summer of 1993. They dated for 4 years and were ultimately sealed in the Mesa Temple of the Church of Jesus Christ of Latter-day Saints on June 14, 1997.  They were blessed with two remarkable children, Jason and Hailey, who quickly became their best friends. She was fiercely devoted to helping them become their best selves and was their greatest advocate. She helped them focus on the teachings of Jesus Christ, and emphasized charity, service, and work, all of which she authentically exemplified herself.

Christy adored her family and genuinely cherished her time with them. They enjoyed any day on the lake, riding motorcycles and ATVs, hunting, and spending time at home. She also had a passion for gardening and gourmet cooking. She, however, found her real joy at their cabin. It became her quiet retreat from her busy life in the city. She was never happier than when she was working at the cabin, creating her heaven on earth.

Christy was an equally talented and capable attorney. Her professional pursuits took her from an associate at a large, international law firm, to General Counsel for the Office of Governor Jan Brewer, to Vice President and COO of various corporations in advertising, real estate development, and retail.

Christy was a mentor and a leader. Despite the high demands of her professional life, Christy still found time and opportunities to be a mentor. It was not uncommon to find Christy at lunch advising an aspiring student or attorney on how to set goals and position themselves for success. While emails and requests of her time were building throughout the day, Christy would often stay up through the midnight hours for a neighbor or friend. As daunting as the tasks might have appeared, she never hesitated to help.

Christy loved to serve. For 3 years, Christy and Brent worked tirelessly together as Area Coordinators for the Pathway Program for Brigham Young University-Idaho. They advised and motivated youth and adults in their pursuit of a college education.