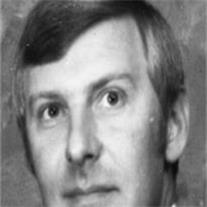 Chester M. Rettig. On May 3, 2009 the world lost an extraordinary man. It could be said that “The Captain,” Chet Rettig, never met anyone he didn’t like. Those who were fortunate enough to know him learned the meaning of true friendship. A natural leader from early school days, responsibility for others was this take-charge guy’s forte. He found the love of his life and the children of his heart in mid-life. His generosity of spirit and unconditional support made him one of the best dads ever. Born in Rawlins Wyoming on April 17, 1943 to Mortimore and Margaret Rettig, he left us all too soon. He graduated from Seattle University with a degree in accounting and finance, but his deep love of flight found expression in Air ROTC with fixed-wing aircraft. A distinguished, 35-year commercial flying career followed, first with Air Lift in Viet Nam from 1967 to 1969, then Bonanza Air Lines, which quickly became Air West, then Republic, and finally, Northwest Airlines. He also found time to completely restore his beloved J-3 Piper Cub and teach his son, now an Air Force pilot, to fly. His personal heroes included John Wayne, General George Patton, Chuck Yeager, Willie Nelson, and Waylon Jennings. The buttons nearly popped off his shirt with pride over the accomplishments of his children and their friends who became part of his large extended family. He took great delight in the hallmarks of their lives; baptisms, first communions, graduations, weddings and babies. The beloved family he leaves behind, includes his wife, Bobbie, his son Rob and daughter Leslie fondly called “Sassie” and their spouses Stacey and Steve, whom he adored as his own, his grandchildren Joshua (9), Samantha (7), Gregory (7), Stephanie (5), Sophia (4), Nicholas (18 mos.), and Mitchell (7 months), his mother Margaret, and brother, Mike. He is also survived by numerous nephews and nieces and their children to whom he was much loved. He will be remembered by all for his amazing spirit, his integrity, his extraordinary courage, his intense personal loyalty, his never-ending charm, his annual Christmas letter, and his love of Internet jokes. Services to celebrate this extraordinary man will be held Saturday, May 9, 2009 at 12:00 PM at All Saints Catholic Church, 1534 N Recker Rd, Mesa, AZ 85205, with a reception to be held at Anizo Landing, 2613 N Thunderbird Cir., Mesa, AZ 85215 at 2:00 PM. Arrangements by Bunker’s Garden Chapel.