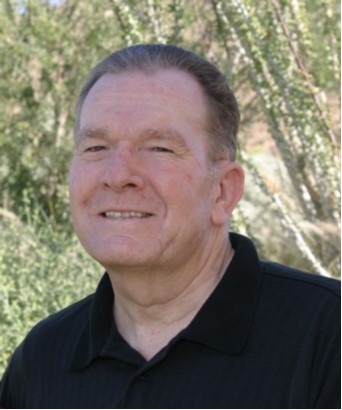 Chester Reed Jones, age 73, died on October 19, 2015 in Gilbert, Arizona.  He was born on January 6, 1942, in Virden, NM, as the youngest of five children. Chet lived in various western states, settling in Virden, NM and Duncan, AZ for 28 years and then in Queen Creek, AZ for 10 years.  He married Patricia A Seymour in the Oakland LDS temple on March 5, 1966.  His life was filled with service.  He served as a Bishop in the Virden Ward and Stake President in the Duncan, AZ stake, and was on various Boards in the community.  He retired from the Duncan Valley Electric Company in 1999.

Chet loved his family and found great joy in the lives of his children and grandchildren.  He was firm in his testimony of Jesus Christ and His gospel.  His patience, kindness, dignity and grace over the 16+ years of trials resulting from the stroke will serve as a premier example of enduring eloquently to the end.

The Viewing will be held at 9 AM and Services at 11 AM on October 24, 2015, at the Church of Jesus Christ of Latter Day Saints at 19413 S Sossaman, Queen Creek, AZ. Burial services will follow at the City of Mesa Cemetery. Funeral arrangements are handled by Bunker’s University Chapel.   For more information go to www.bunkercares.com.