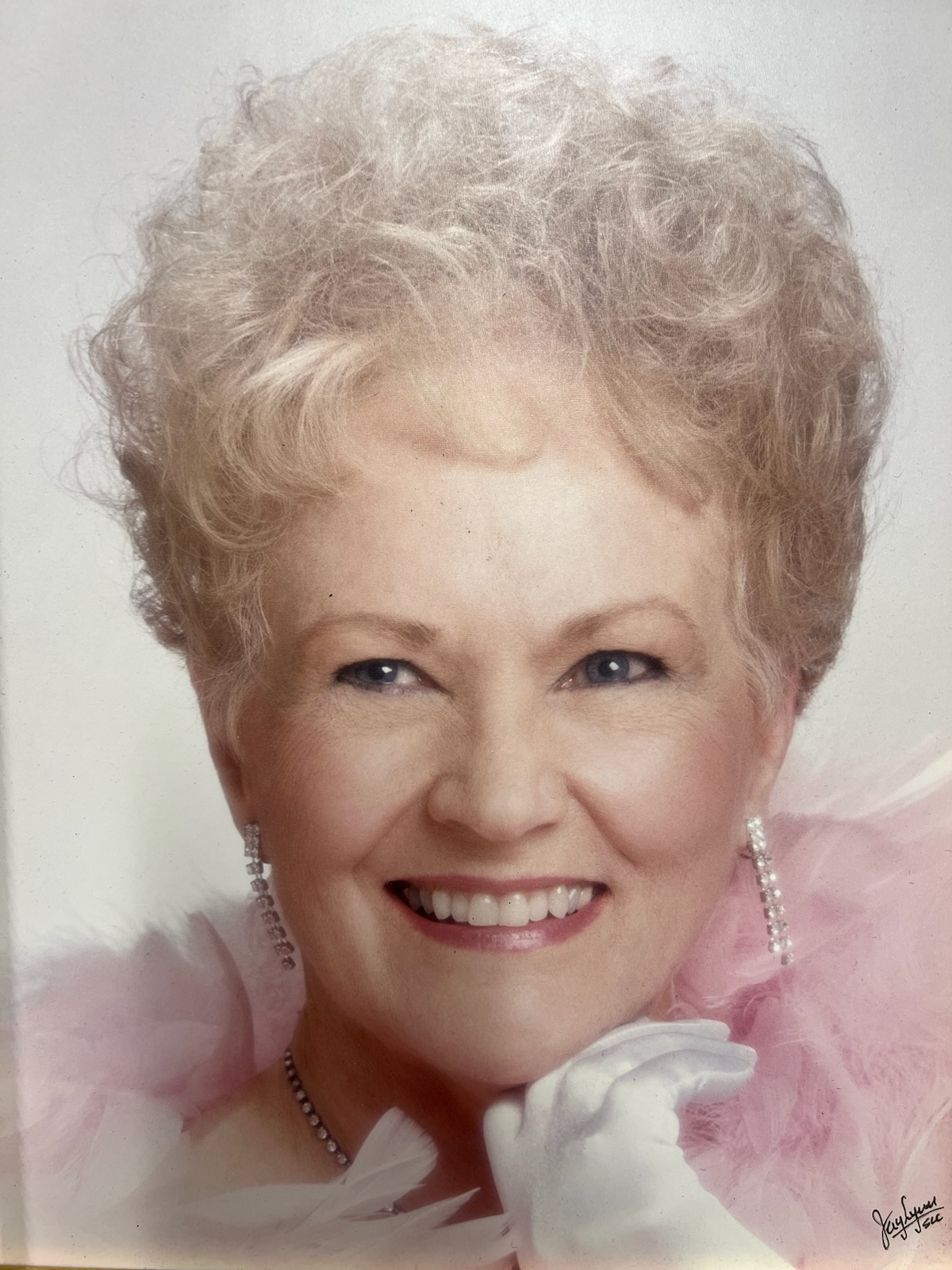 Cherrial Josephine Woods Morris/Updike of Mesa Arizona peacefully passed away at her home the evening of September 25, 2022, with her family at her side. She was 92 years old.

Cherrial was born April 24, 1930 in Miami Arizona to Royal Grant Woods and Genevieve Josephine Jacobson Woods, descendants of Mormon pioneers. To family and friends, she was Cheri. She was the middle child, along with her older brother Roy and younger sister Ruth Ann.

Shortly after she was born, the family moved to Thatcher Arizona, where she was raised and educated. Cheri had an active youth that involved piano music lessons, playing sports, and summers with her mom, brother, and sister at the family cabin on Mt. Graham outside of Thatcher. Cheri attended Thatcher Elementary School and Thatcher High School, where she excelled at every level. She was an excellent athlete, participating in basketball and volleyball. In her senior year, she was President of the Girls Club, President of the Girls Athletic Association, played in the student band (clarinet), a member of student council, and head cheerleader. When she graduated in the spring of 1948, she was also Salutatorian. She would no doubt attribute much of her success to her parents who, as she once said, “made us kids feel like we were so special and so smart and intelligent. We were taught we could do anything. Nothing was out of range of our abilities if we wanted it badly enough to work for it.” Even with all the accomplishments, she remained humble and gracious, always kind and caring to others.

Towards the end of her Senior year of high school, Cheri started dating Max Arnold Morris, a student a Gila College (Eastern Arizona JC) and a former star athlete at Safford High School. The relationship grew quickly, and Max and Cheri were married in the Arizona Temple Church of Jesus Christ of Ladder Day Saints in Mesa on September 15, 1948. While living in Safford, Stan was born in July of 1949, with Dan being born in February, 1951. Marissa was born in Phoenix in October, 1961. Early in their marriage, the family moved frequently following job opportunities for Max. From Safford to Washington DC, back to Safford, to Tucson, back to Safford, and then to Scottsdale, where Max was moving up the latter at Valley National Bank. The family moved to Phoenix in 1960 to be closer to the downtown office of the bank.

Life during these years was active and family oriented. Stan and Dan were both standout athletes. Marissa was also a gifted athlete and an accomplished singer. Cheri managed the household, was active in her ward, and found time to teach piano lessons. She even went back to school in 1973 and earned her Registered Medical Assistant Degree. She was also an accomplished seamstress and quilt maker. When the children were older, she found time to accompany singers and performing groups as a piano and organ player. She managed a travel agency and traveled all over the world. Through these years she never lost focus on the value of family and extended family, especially the relatives back in Safford and Thatcher. She was a dedicated member of her church, serving in various positions.

Several years after her marriage to Max ended, Cheri reconnected with an old friend, Earl Updike, in 1994. They were married in the Arizona Temple in Mesa on September 2, 1994 and spend many years traveling the US and Canada going from one adventure to another but always finding time to catch up with their children, grandchildren and great grandchildren.

Cheri was a devout member of the Church of Jesus Christ of Ladder Day Saints. At every stage of her life and every new city she moved to, she devoted her time to the service of the church and helping others. Her faith sustained her in times of sorrow and enriched her in times of joy. While her family grieves at her passing, they are comforted in knowing she has gone home to her heavenly father.

Cherri was a physically beautiful woman all her life and that beauty carried through to inside her heart. She never met a stranger and would always make people feel welcome. She was kind and patient and rarely got upset. She was a ray of sunshine in so many people’s lives and will be missed greatly. She is survived by her children: Stan Morris (Patty), Dan Morris (DeLayne), and Marissa Morris-Harrell (Randall), her stepchildren Alan Updike (Julie), David Updike (Susan), and Karen Grover (Thomas); 31 Grandchildren and Step grandchildren, and many, many Greatgrandchildren and Great
Greatgrandchildren. She was predeceased by her husband, Earl Updike, her parents, Royal Grant Woods and Genevieve Josephine, her brother Roy, her stepson James Updike, stepdaughter Lorraine Viccellio and her husband John.

As we honor her today, we should remember the words of one of those Grandchildren who said it best “My grandmother will be heralded and welcomed by angels in the Kingdom of God.” We will miss you “Cheri!”