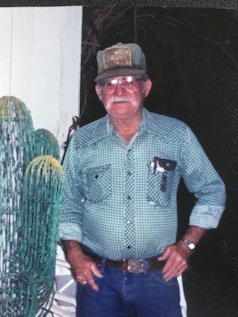 Charles Ray Elmer was born April 5, 1937 and passed away on August 13, 2021 after a long illness.  He was born to Andrew J. Elmer and Virginia Ann Mitchell Elmer.  Charles was raised in Miami and Safford, Arizona where he graduated high school.  In 1958 he wed Carol Piper.  He worked for San Juan County New Mexico, went to barber school in Tucson, and moved to Kearny, Arizona to work as a barber in 1966.  He left barbering behind and went to work for Kennecott Copper Company as a machinist until his retirement in the 1990’s.  Charles married Carol Vance in 1979 and relocated to Apache Junction.  He is predeceased by his sister Bobbie Howard and brothers Derell Elmer, Ralph Elmer, and Phillip Elmer.  He is survived by his wife Carol Vance Elmer and children Cathie (Robert) Butteweg, Julie Valenzuela, Michael (Lucy) Elmer, Charles (Sharon) Elmer and Steve Elmer, Pam (John) Feather, Melissa (Paul) Vance, Karen (Scott) Gilpin, Kenny (Laurie) Vance, Kim (Matthew) Wright, and several grandchildren and great-grandchildren.

Charles was known as a quiet, gentle man who had a talent to fix anything.  He was very creative and made silver and turquoise jewelry, leatherwork including saddles, and welded sculptures.  You could always find him tinkering in one of his shops creating his various masterpieces.   At Charles’ request a simple graveside service will be held on a date to be determined at Thatcher Cemetery, Thatcher, Arizona.