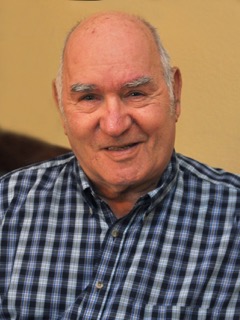 Charles Lincoln Gleave passed away unexpectedly on March 28, 2016 at his home in Mesa, Arizona.

Born June 13, 1927 in Salt Lake City, he was sixth of the seven children of Dr. John Ernest Gleave and Fanny Ewer Palmer Gleave. As a baby, his sisters nicknamed him “Bud”, and that was how everyone knew him the rest of his long life. As a young man, Bud was a gifted athlete, lettering in multiple sports at East High School and later as a lineman and place kicker for the University of Utah football team, where his precision in splitting the uprights earned him the title “Golden Toe Gleave”. In later life he was an avid golfer and outdoorsman, like his father before him. It is more than fitting that he left this life peacefully, while watching a baseball game. Bud enlisted in the Navy during the World War II, and was en route to the Pacific Theater when Japan surrendered in 1945. He finished his Navy service at the Veterans Administration in Washington, D.C., helping fellow soldiers make the transition back to peacetime. After earning a degree in Business from the University of Utah, he married East High classmate Gloria Halverson. They were constant companions for 63 years. In 1960, Bud and Gloria moved their young family to Arizona, where they remained as long-time residents of Scottsdale, Paradise Valley and Mesa.

We remember him for his unfailing generosity and good humor. We will miss his positive outlook. As advancing years took their toll, his motto was always, “I’m just glad to be here one more day”.