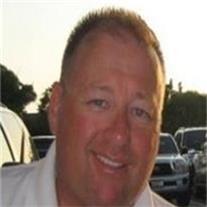 Charles Edgar Buckhannon III was born on August 19, 1962 in Phoenix, Arizona. His parents are Chuck Buckhannon and Barbara Angle. Chuck graduated from Camelback High School in 1980. He served a two-year mission for the Church of Jesus Christ of Latter-day Saints to the Philippines. After attending Brigham Young University, he met his wife Robin Davis and they were married on June 13, 1986. Chuck worked for Morgan Stanley-Dean Witter as an investment broker for many years and ended his career at UBS. Chuck was an amazing father to five children, Brittany (Brady), Emily (Jackson), Shelley, Chase and Davis. He is survived by his brother Matt, his many brother and sisters-in-law, in-laws, nieces and nephews. Chuck was an incredible husband, son, father, uncle and friend to many people. All will miss him. He lived a life of service and was an example of Christ like love. There will be a viewing Thursday evening from 6:00 – 8:00 PM at the Bunker Garden Chapel (33 North Centennial Way, Mesa, AZ 85201). Funeral services will be held at 11:00 AM on Friday, April 12 at the Citrus Heights Stake Center (2549 North 32nd Street, Mesa, AZ 85213).