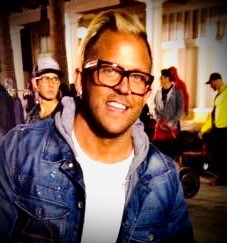 Chad Michael Galbasini, 39, passed away on October 9, 2019 in Scottsdale, AZ.  Chad was born on July 10, 1980 to Donald and Joan Galbasini in Mesa, AZ.    He grew up in Mesa and graduated from Mountain View High School.

Chad enjoyed life and had many interests.  He enjoyed skateboarding, snowboarding, the beach, working out, his many friends and his life’s work as a hair stylist.  All of this pales in comparison to the value he placed on being a father to Austin, Caden, Harper and Hudson.  They were his whole world and he loved them very much.  Chad will be greatly missed by all of his family.  He is survived by his mother, Joan; his sister, Jill and his brothers, Craig (JayeLyn) and Kevin (Jackie); his four children; and his 10 nieces and nephews.  Chad is preceded in death by his father, Don and his brother, Ryan.