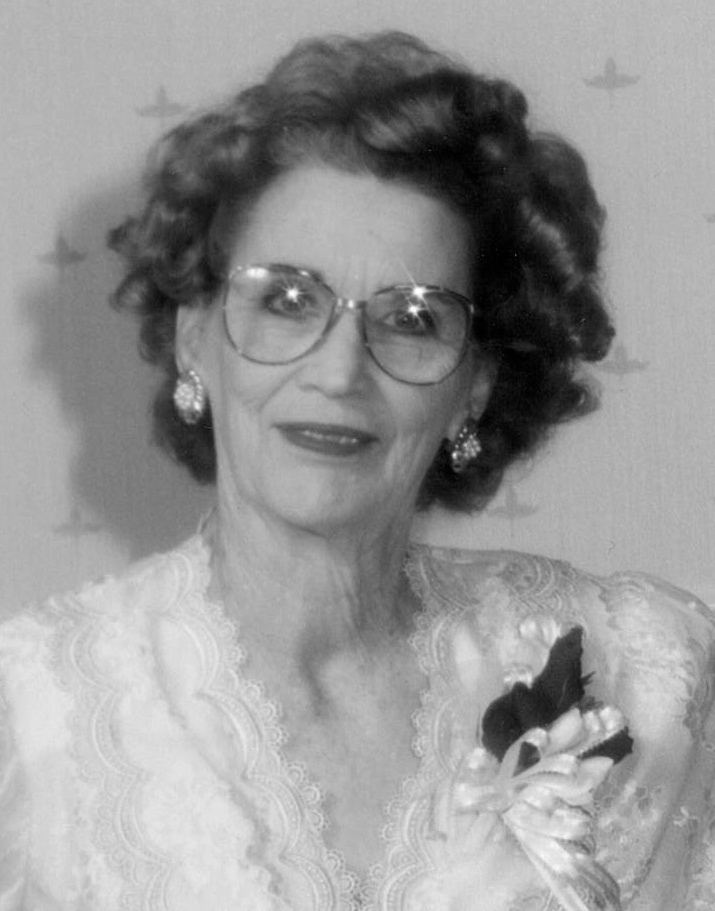 Caroline LaRue DeWitt Dana lived to the great old age of ninety-three years. She slipped from this life on Tuesday, December 2, 2014. She died in her home surrounded by her children, Diane Dana Woolf, Denise Dana Erickson, Kristine Dana Harris, Brian Scott Dana, her son-in-law William A. Woolf and her daughter-in-law Pauline Wilcock Dana. Her children were privileged to watch over and care for her in the last weeks of her life. Many of her grandchildren sat at her bedside before her death. Some of Carol’s last words gave her loved ones great consolation. They were, “All is well. All is well.”

Carol was born the third daughter of David Kenneth and Elizabeth Adelaide Fuller DeWitt in Mesa, Arizona on May 8, 1921. She lived through many momentous and life shaping experiences. She was a child of the Depression and was mindful of the cost of living and saved and budgeted. As the wife of a World War II soldier, she worked for The City of Mesa answering the phone and typing. She also worked at Falcon Field for Southwest Airways who had the contract to train British pilots. She was there long enough to see fourteen training flights of British pilots completed. Her husband served in the United States Army Air Corp and she waited for the day that the war would be over and they could be together.

Carol is the mother of six children. Two children, Karen Dana Parent and Isaac Dwight Dana II, preceded her in death. She is grandmother to thirty-seven grandchildren and is the great grandmother to ninety-two great grandchildren. Carol is the eternal companion of Isaac Dwight Dana I who died on April 6, 1999. After his death, she carried on with courage and competence.

It was Carol’s great happiness to serve in the Mesa Arizona Temple for twenty-seven years. As a six-year-old Primary child, she was present to hear and see Heber J. Grant dedicate that edifice on October 23, 1927. On April 15, 1976, Carol was again present to see Spencer W. Kimball rededicate the newly remodeled Mesa Temple.

Carol loved teaching the Gospel. She served in many teaching and leadership callings and was a devoted Visiting Teacher. Fiercely independent, she determined to live that way as long as she could. She did. Carol lived with faith and determination and loved life. She was frugal, generous, interested and interesting. Sister Dana was loved by her ward friends who selflessly served and watched over her. She loved these friends in return.