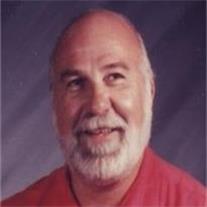 Carl Christoff, born March 30, 1943 in Elkton, Maryland; died June 11, 2010 in Mesa, Arizona from a heart attack brought on by trauma from a traffic accident. He is survived by his wife of 47 years, Jacqueline; his 3 daughters: DeeManna Christoff of Seattle, WA; BiBi Christoff of Moorpark, CA (married to Edwin Stankiewicz) and mother of his grandsons: Ethan and Justin; and NaTasha Christoff Logacho of Mesa, AZ (married to Carlos Logacho) and mother of his granddaughter Ellaina and his grandson Kelly. Also, he is survived by his 2 sisters: Tina Rauch of Chesterfield, MO and Jennifer Lyerla of St. George, UT.

“Chris” served in the US Air Force during the 1960’s. Then, he moved back to the Midwest living in Granite City, IL. After moving to Arizona, he worked for Mesa Public Schools at Dobson High School during the 1990’s as head of security. He recently retired from teaching at the Sullivans Elementary School in Yokosuka, Japan at the US Naval Base.