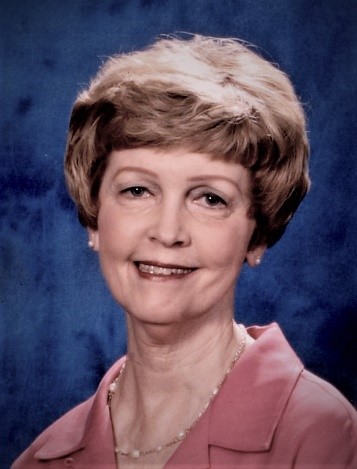 Careen Louise Simpson Johnston, 75, loving wife, mother, and grandmother, passed away peacefully on September 4, 2021, after a long battle with Alzheimer’s disease. Careen lived a full life that was devoted to her family and her faith.

Born in San Diego, California on December 29, 1945, the oldest child of Conrad Dahle Simpson and Barbara “Bobbie” Louise Rice Simpson, she spent her early years in Santa Clara, CA, where she excelled in academics, foreign language, and music. She would go on to become the valedictorian of her high school and earn a scholarship to Brigham Young University, from which she graduated in 1968 with a Bachelor’s degree in Elementary Education.

She met Jay Orvel Johnston while he was attending Stanford University and she was working as an elementary school teacher. They married on June 14, 1969, in the Oakland California temple and lived in Santa Clara, CA as they expanded their family to include five children. In 1981, Jay and Careen moved to Gilbert, AZ where they have lived for 40 years.

Careen was a devoted mother to her kids and an exemplary teacher to hundreds of children in the Gilbert Public Schools. She continued her career in education by teaching elementary strings and then became a second-grade teacher at Patterson Elementary. She also served as an assistant principal and a school librarian.

A faithful member of the Church of Jesus Christ of Latter-Day Saints, Careen spent countless hours serving others in her many callings, including Relief Society President, Scout Leader, and ward and temple organist.

Careen loved to travel with her husband Jay, especially to San Diego and to the ocean. She loved to read and to go out to restaurants. However, her greatest passion was spending time with her grandchildren. She will be greatly missed by so many of her family and friends who loved her.