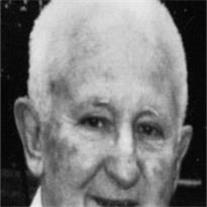 C. T. Price of Scottsdale passed away on August 3, 2010 after suffering with Alzheimer’s for several years. He would have been 85 on August 8, 2010. He was born in Marshall, MO to Coleman Thomas Price and Vera Anita Felten Price. His mother died a month before his third birthday. His mother asked his grandmother, Sarah Price who was 72 at the time, to raise her two children. C T grew up on a poor Missouri farm during the Great Depression. He never forgot the hardships of that time and spent his life helping others. He and his wife Gladys opened their home to help raise 16 young people. He served his country in the Marine Corps from 1943-1946 and

worked to raise funds for construction of the Marine Corps Heritage Center in Quantico, VA. He was active in politics as a Republican precinct committeeman, captain, state committeeman and on the executive board for District 28. He worked tirelessly for candidates, spending hours collecting signatures. C T spent his life in sales and enjoyed making friends all over the Southwest. He moved to Arizona in 1956. He is preceded in death by his mother, father and sister Anita Lubensky. He is survived by his wife of 56 years, Gladys (nee Cripe), daughter Sandra Parks, sons Patrick Sterling Price, Michael Allen Price, 10 grandchildren and 5 great-grandchildren. Visitation will be Sunday, August 8 from 6-8pm at Bunker’s Garden Chapel, 33 N. Centennial Way, Mesa, AZ. Funeral services we be held Monday, August 9 at 10am, First Southern Baptist Church, 5230 N. Scottsdale Road, Scottsdale, AZ with burial following at Paradise Memorial Gardens, Scottsdale. Donations in lieu of flowers to the Alzheimer’s Association.