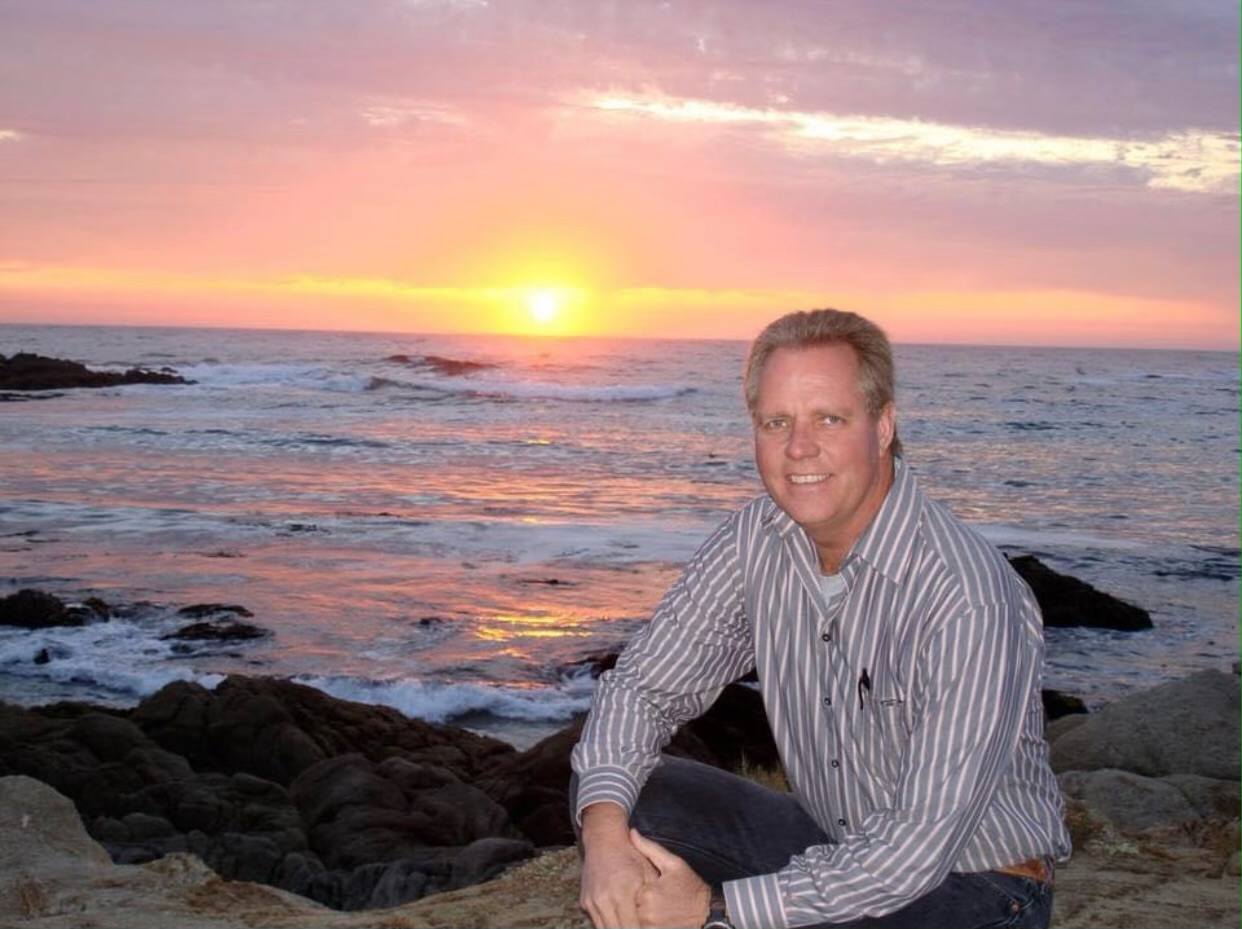 Bryce LaRay Jenkins returned to his Heavenly home surrounded by his loving family on January 16, 2023. He fought an incredibly brave battle with lymphoma cancer. He will be greatly missed by all that knew and loved him.

Bryce was first and foremost, a man of great faith. He did not just talk the talk, but he walked the walk. His life stands as testimony of what he believes. His greatest joys were with his family and friends. He was a talented and honorable builder. Bryce is the founder and owner of Capstone Custom Builders for over 20 years. All who know him note his honesty and integrity.

Bryce loved dinners out with family and friends, the outdoors- his awesome fishing trips, exploring, and he found a lot of pleasure in the things he would find in the form of interesting rocks, arrowheads, and shells. His beautiful collections bring us wonderful memories of many family beach trips to Mexico, and California. Blessed with a green thumb plants favored Bryce and flourished under his care in his gardens. His love of country inspired patriotism in many people. He was an avid reader.

He is well known for his understanding of the Holy scriptures and blessed others with his insights. Bryce has a talent for sharing his knowledge in relatable ways as he served in church callings and as a missionary. One of the great experiences of his life was serving as a missionary, sharing Christ’s Gospel for the Church of Jesus Christ of Latter Day Saints in Ireland. He cherished his relationships made with those on The Emerald Isle!
Upon returning, Bryce studied at Brigham Young University. He also gained valuable skills working with his father as a journeyman brick mason.

In 1977, Bryce met his sweetheart Brenda (Bren) Paul in Modesto Ca. after she returned from serving a mission. As the luck of the Irish would have it they were married on St. Patrick’s Day, March 17, 1978, for time and all eternity in the Oakland California Temple.

He and his family moved from California to Mesa Az. in the early 80’s where he liked many things about the desert, just not working in the summer heat! His family grew as they welcomed four beautiful daughters. Each of their arrivals brought him great joy. He was so proud of them and loved supporting each one of them as they grew up and gained families of their own. When his lovely daughters married he was happy to finally welcome sons into his family!

Bryce, aka “Papa” adores his grandchildren! Playing, storytelling, and patiently taking time to indulge their curiosities as he explained the how’s and why’s of things and enlightening their young minds.

In the final stretch of Bryce’s journey, he expressed daily the deep gratitude he feels to all who have served him, prayed for him, and cared for his wife and family. Saying “Thank you” does not seem to say enough to express his appreciation!

Bryce loved serving with Bren together in the Mesa Az. Temple. Through his humble actions, we have learned volumes, more than anything he could have spoken.

Above all, Bryce’s greatest treasure is his family, his deep and abiding testimony of the Gospel of Jesus Christ and his faith that all people can be blessed through following the Savior. That was evident in all he did. He knows as we keep our promises to Them, our Heavenly Father and His son Jesus Christ, keep their promises to us. The gift of eternal life and the ability to return to the presence of our Heavenly Father, are promised to all of us. Bryce knows this. One of the last things Bryce told us was “Keep your promises.”