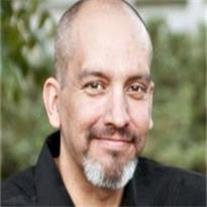 Brian Thomas Neus, was born on June 1, 1968 in Phoenix, Arizona, and passed away on June 4, 2013. He is survived by his wife, Lainie, son, Hunter, and daughters Sydney, Sommer, Chloe and Lauryn. Brian is the son of Thomas and Susan Neus. Brian has 3 brothers, Kevin, Michael, and Brendon and a sister, Katrina. Brian attended Mesa High School in Mesa, Arizona. He served a 2 year mission for the Church of Jesus Christ of Latter-day Saints in Boston, Mass. He returned home from his mission and found the love of his life, Lainie Olsen. Brian and Lainie were married in the Salt Lake Temple, in Salt Lake City, Utah on August 17, 1991 and were married for 21+ years. Brian worked for the State of Arizona as a Reader for the House of Representatives. He then went on and graduated from the Phoenix Police Academy and joined the Capitol Police and served as a Sargent. He served the Capitol Police for about 9+ years. At the time of his passing, Brian was employed as a General Manager at Danny’s Family Car Washes. For almost 3 years he fought a courageous battle with Colon Cancer. He leaves behind many loving family members and friends. We will miss him. We know that Brian is with family members and friends who have passed on before and is busily engaged in the work of the Lord. Funeral services are Monday, June 10, 2013 at 10 AM, preceded by a visitation at 9 AM at the LDS Desert Ridge Stake Center, 3340 S. Signal Butte Road, Mesa, 85209. Interment will follow at the City of Mesa Cemetery. Arrangements by Bunker’s Garden Chapel.