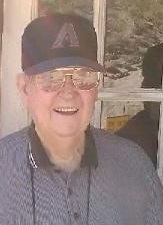 The family moved to Gilbert, Arizona in 1940. Bill went to school in Gilbert, that was where he met the love of his life, Mary Frances Payne. They were married on August 2, 1952. They shared 62 years beautiful years together. Mary Frances preceded Bill in death on January 14, 2015. Bill is survived by their four sons, Mark, Mike, Jerry, and Larry (Susan), as well as 13 Grandchildren, 4 Great- Grandchildren, also numerous nieces, and nephews.

Bill served in the U.S. Air Force during the Korean War. He retired from the Salt River Project in 1991. Funeral Services are being handled by Bunker Garden Chapel, 33 N. Centennial Way, Mesa, Arizona. A graveside service will be held at the City of Mesa Cemetery on Tuesday, December 12, 2020 at noon.