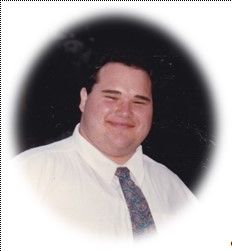 Born on June 29, 1966 in Mesa to parents Russel Flake and M. Gail Bonham, he lived in the state of Arizona all of his life. He graduated from Westwood High School in 1984 where he had been a member of the Honor Choir, Concert Choir, and Drama Club. Bill was so good at singing and projecting his voice, that in most of his solo and acting performances he did not require a microphone. He loved to laugh and smile, and smiled for the first time when he was just three months old – and then never stopped.

Bill loved spending time with family and he enjoyed baking and playing games, any kind of game. He had excellent memory skills and would share memorized poems (he wrote several), quotes from books and talks, and movie lines with flawless delivery. Bill was expert at sharing exciting and dramatic stories that always ended with laughter, and his big personality will be missed greatly. Bill enjoyed serving a mission for The Church of Jesus Chris of Latter-day Saints in the California San Jose area. He contacted and made friends with numerous Tongan people whom he appreciated, served and loved.

In the last years of his life, Bill had lots of health challenges, but mostly suffered in silence and learned to rely heavily on the Lord’s mercy. He was very calm in his trials and endured patiently .He also started to learn the Russian Language which he had always been fascinated with. Bill was large in stature and size most of his life and so he looked intimidating, but he was like the bull in the story Ferdinand, with a tender oversized heart and the willingness to do almost anything to help someone in need. He began a tradition of giving gifts to those who were less fortunate annually on his birthday.

Bill is preceded in death by his mother M. Gail Bonham and his sister Carol Flake-VanErstvelde. He is survived by his Father Russel (Karen) Flake and siblings, Cherryl Mabus, DeMar (Mary Lou) Flake, Margie (Scott) Luster, and John Flake.