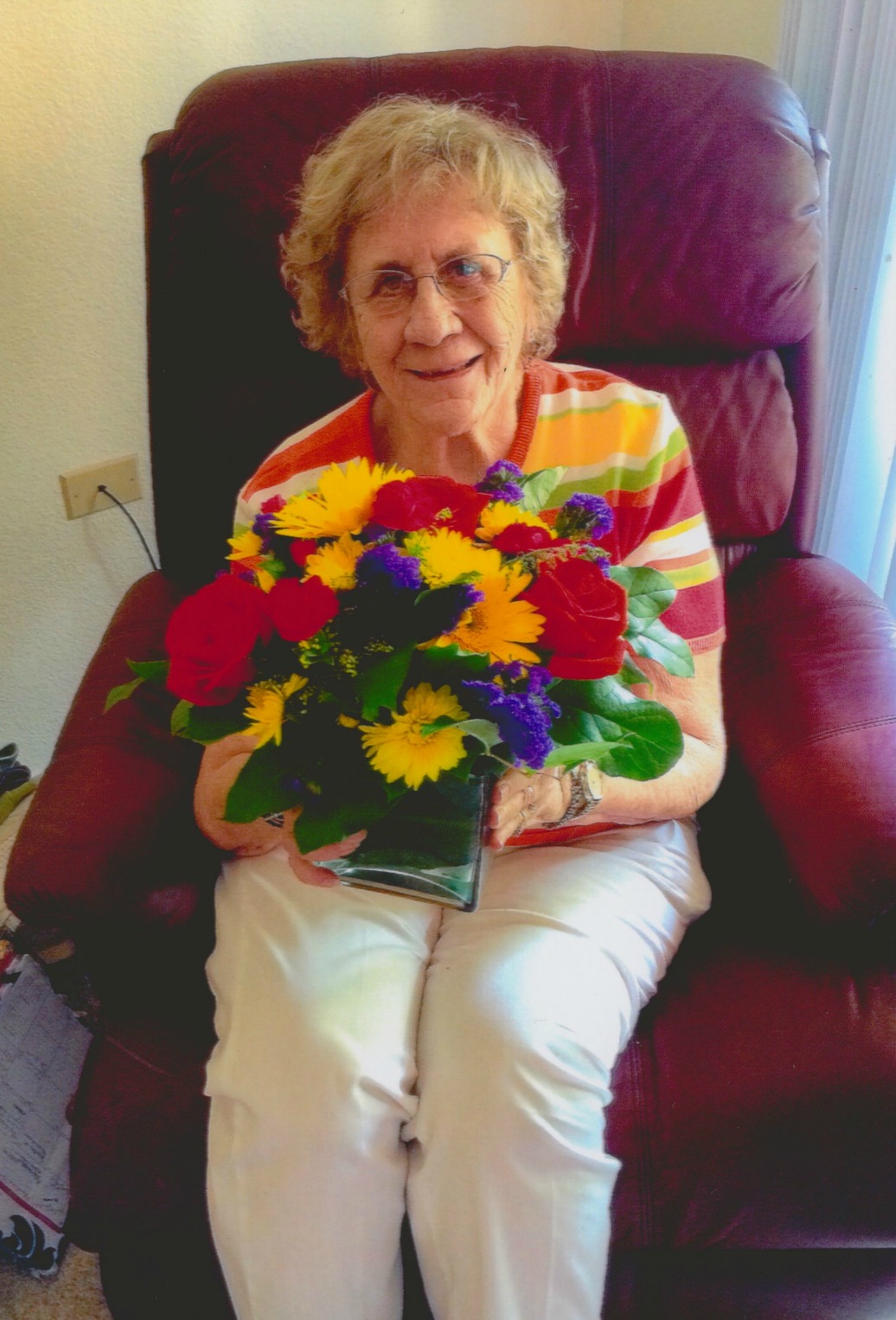 Beverly Joyce Gehrke went to be with her Heavenly Father on July 15, 2017, surrounded by her loved ones.

Beverly Joyce Christianson was born September 13, 1928, the daughter of Ole and Inga Christianson in Coteau, North Dakota. She was the youngest of 14 children.

Beverly graduated from high school in Flaxton where she met her best friend and soul mate for life, Wallace August Gehrke. They were married August 24, 1947 and celebrated 65 years of marriage.  He died September 20, 2012.

Wally & Bev made their home in Ellendale, Mohall, Minot and Fargo, North Dakota.  After retirement, they became snowbirds traveling to Mesa, Arizona for the winters.  They eventually made their full time home in Mesa.

She was a great mother and grandmother.  She spent countless hours with her eight grandchildren.  They were the love of her life.

Bev was preceded in death by her husband, daughter Cheryl Marie Gehrke, and 12 siblings.

Grandma Bev will be greatly missed.  We are happy that she will now be with Grandpa Wally in Heaven.