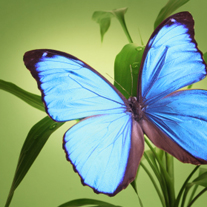 Last Wednesday morning, the 28th of January 2015, Beth Keith Carter quietly and peaceably passed from this life into eternal life surrounded by several of her loving family members. She had been living at the Horizon Acute Medical and Rehab Center of Glendale, Arizona.

Beth Cluff’s life began on the 6th of July 1920, in the beautiful little Round Valley of Colonia Garcia in Old Mexico. She loved this beautiful valley, which was one of several Mormon Mexican Colonies the Church of Jesus Christ of Latter Day Saints created to help Mormon families of that Era. She loved the outdoors and spent lots of her free time in the meadows and forests of the surrounding area.

She was Mother, Grand Mother, Great Grandmother and Great-Great Grand Mother to many of her posterity, as she lived many years and was able to get to know even some of her Great-Great Grand Children. At 94 she was the Matron of her Cluff Family. She stood alone as the sole remaining member of her large family as all of her siblings and parents preceded her in passing to their eternal lives.

Beth played basketball in high school at the Colonia Juarez Academy in Mexico as a Forward, and she would say, “No one scored against me.” She loved to play the piano and took lessons at an early age. She often would entertain her family members with her playing and some of the grandkids still talk of playing Chop Sticks with her.

Her family moved from the Mexican Colonies, when she was 17, to the little town of Pima, Arizona. She loved Pima, and it’s was there she graduated from Pima High School. Shortly after graduation she was “convinced” to marry the love of her life, Marland B. Carter, “who’s family had a brand new car”, she would say. They were married in the Mesa Arizona Temple of the Church of Jesus Christ of Latter Day Saints on the 6th of June in 1939. They lived for a short time in Safford, Arizona until work had them move to other places in Arizona and New Mexico. To this marriage two sons were born, Donald and Jeffry Lynn. Beth later married Norman McGlocklin and to this union was born Michael and Patty.

She leaves three living children, Don (Pilar), Jeff (Barbara) and Patty (Eric Laird) as Michael preceded her into eternal life. She leaves many grand and great grand and great- great grand kids. She was deeply loved by many, and she gave love to many. Beth lived a very full life and touched many lives for good.

She is at peace.