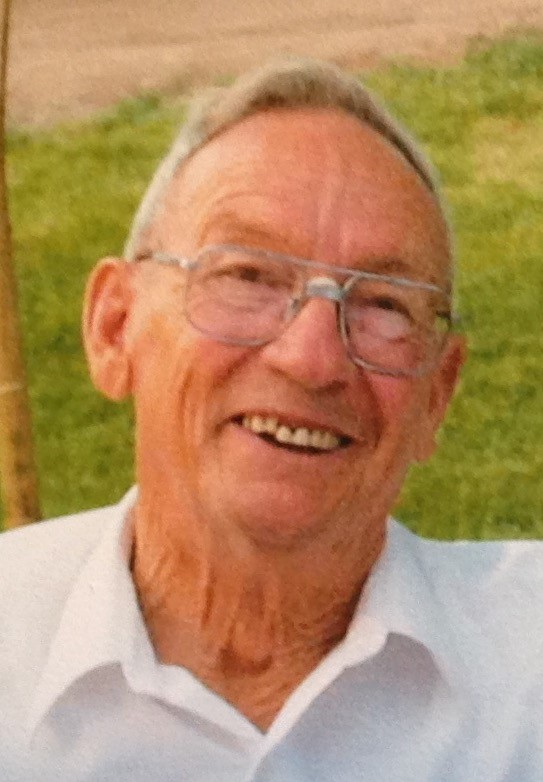 Bertrand Wilson Foote Jr. flew to the other side of the veil on December 31, 2017 in Chandler, Arizona surrounded by his wife of three years, Frances M. R. Foote, and his daughter, Sharon Aikau Free, where he joins his eternal spouse, Jeannie. His other daughters, Geralde Heder MacDonald Curtis and Paula Jean Holmes, and his sisters Beverly McConnell and Marilyn Nielson survive him. He is loved my many grandchildren, great-grandchildren, and a few great-great-grandchildren.

Bert was born on January 5, 1925 in Salt Lake City, Utah to Bertrand Wilson Foote, Sr. and Vergil Merrill. He graduated from Granger High School and after graduation joined his father in Henderson, Nevada building houses. His greatest love was flying and he joined the Army Air Corps as soon as he was able. He flew the “battle of Goodyear Field,” as he put it, because WWII was over when he graduated from cadet flight school. After flying with the Army Air Corps, he began instructing others at Luke Air Force Base just outside Phoenix, AZ.

It was at this time he met and married Jeannie Sanders, a beautiful, petite war widow with a toddler, Jeri. They married and honeymooned in Salt Lake City, UT. As a married man with a family, he worked any job available, including day work picking cotton and in the construction industry.

Bert’s flying career included crop dusting in Eloy, AZ, instructing in Arizona and Texas, ferrying aircraft across the country and the world, dropping borate retardant on forest fires, and spraying the forests for bud worm. When the Vietnam War was in full swing he took his family to Laos to fly for Air America. After Laos fell to the Communist Pathet Lao, he transferred to Saigon until the Viet Cong took over. After Vietnam he returned to the United States, he went back to working with the Forest service fighting forest fire and as a flight instructor. He ended his career as a pilot working for Lufthansa Airlines. Although he was retired, he continued training his friends and building homebuilt airplanes at Falcon Field.

In 2011, Jeannie passed away at age 90 after which, Bert married Frances M. Richards. She provided him with a joy filled life even in the short time they had together.

A celebration of Bertʻs life will be held on Saturday, January 13, 2018 at the Hillcrest Ward Chapel at 2424 N Old Gilbert Rd., Mesa, AZ at 1:00 pm. He has been cremated by Bunker Family Funerals and Cremation. Condolences can be sent to their web site at www.bunkerfuneral.com