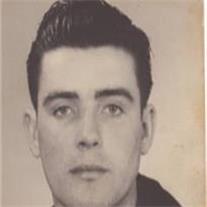 Beloved father and grandfather of Mesa, Arizona passed away

Dakota in 1925, Bud grew up in a proud, hard working, farming

family that endured The Great Depression and drought to later

revel in military service, career and family. He is preceded in

death by his parents and eight of nine siblings. He is survived

by one sister, Bernice Miller of Edgemont, South Dakota, his