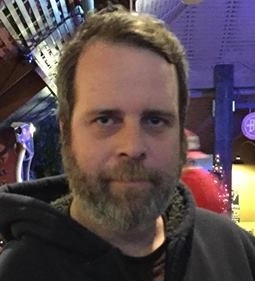 Ben Helm, 40, passed away at home on April 11, 2019 in Mesa, Arizona.  Ben was born to Richard and Donna Helm on July 7, 1978.  He grew up in Massachusetts and was raised with a large loving family of grandparents, aunts, uncles, and cousins.  During his school years, Ben played baseball and basketball and was a talented trumpet player.  For five years after high school graduation, Ben served in the U.S. Army based out of Fort Sill, Oklahoma. As part of his service, Ben was deployed overseas in both Korea and Kuwait. Over the last 15 years, Ben was a proud member of the food-service industry family in the greater Phoenix area.  Ben was a fan of the Red Sox and Patriots.  He was known for his gentle kindness and hearty laugh.

Ben was preceded in death by his grandparents Arnold and Dorothy Helm and Donald and Dorothy Campbell.  Ben is survived by his parents, his sisters, Mary Rio and Sharon Anderson, his nephew Owen Rio, who he loved dearly, and many loving aunts, uncles, and cousins.

A memorial gathering was held in Mesa on April 16, 2019 for his restaurant family.  Additional services to be scheduled in Massachusetts.