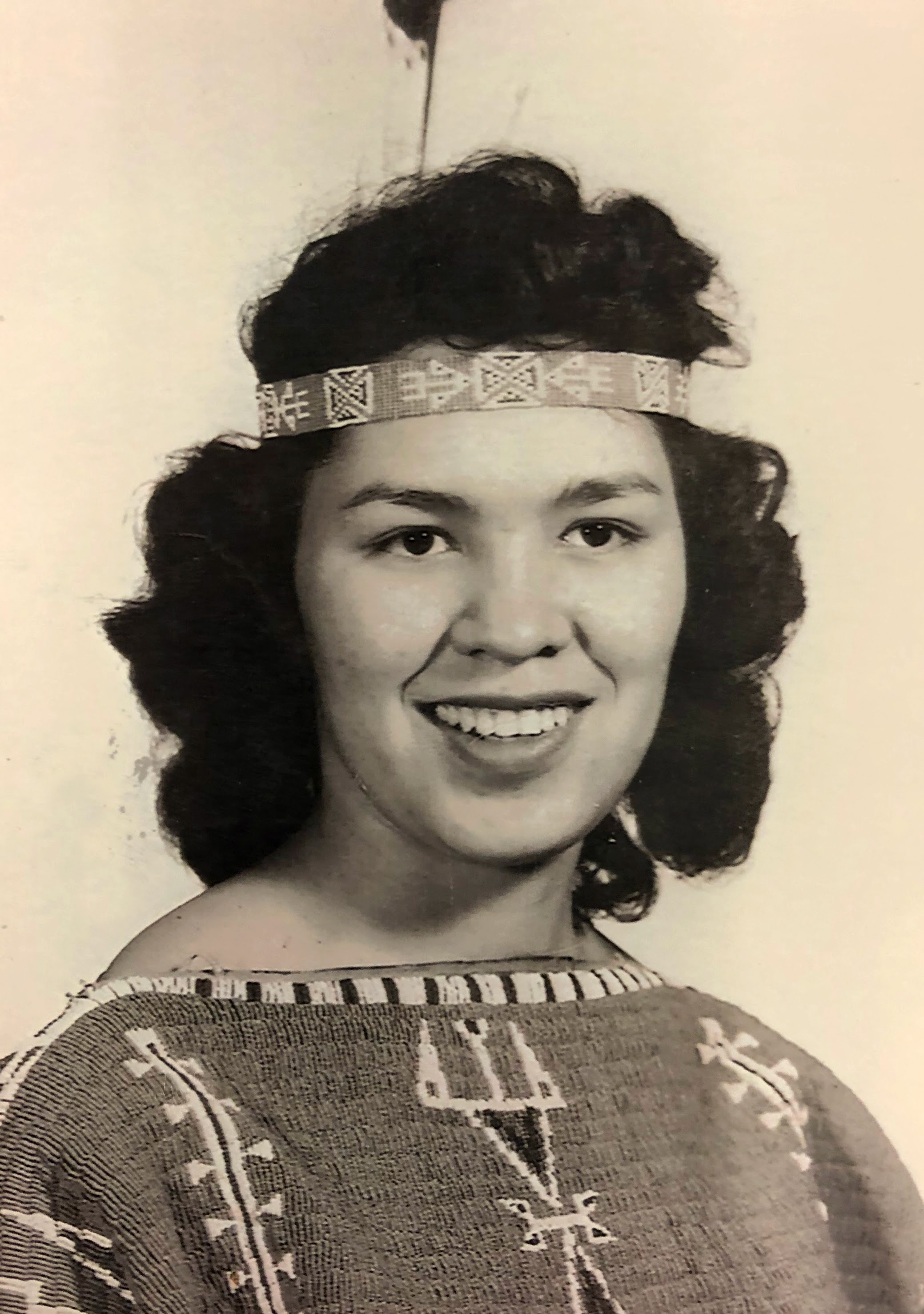 On Wednesday, March 27, 2019, Belva Leona FireThunder, loving mother and grandmother, passed away at the age of 80. Belva (“Bee”) was born on August 18, 1938 in Pine Ridge, South Dakota to William and Cecila FireThunder. Bee was a member of the Oglala Lakota Sioux Tribe and grew up on the Pine Ridge Reservation, attending boarding school and capturing the “Lakota Princess” title her senior year.

Bee moved to Aurora, Colorado (where she once rode a buffalo) and then to Mesa, Arizona in 1967, where she was surrounded by dear friends and had her only son, Brad. As “Miss Bee” she was a part of Paul Shank’s Gracious Dining team that dominated the Scottsdale dining and entertainment scene in the 60’s and 70’s, working at the Safari Coffee Shop, Dining Room, French Quarter Lounge, and the (then) new Scottsdale Hilton. Later in life Bee continued to work with friends who became family at The Little Mesa Café. When she retired, she began volunteering with the Salvation Army at the Mesa Citadel. Bee was devoted to helping and received “volunteer of the year” recognition for her continued work.

Grandma Bee was a loving friend and inspiration for her granddaughters, Kateri and Rebecca. She never passed on an opportunity to spend time making crafts, playing games, or just being with them in any way she could. The joy they brought her was returned twofold to them.

Bee is preceded in death by her father, William; mother, Cecila; and brother, Rudolph. She is survived by her son, Brad; his wife, Kristine; granddaughters, Kateri and Rebecca; her nephew, Donny; his wife, Patti; and their children, Heather Bea, Cody, and Chris; nieces, Lisa, Connie, and Colleen; great-niece, Melissa Rose; and many other loving family members and friends.