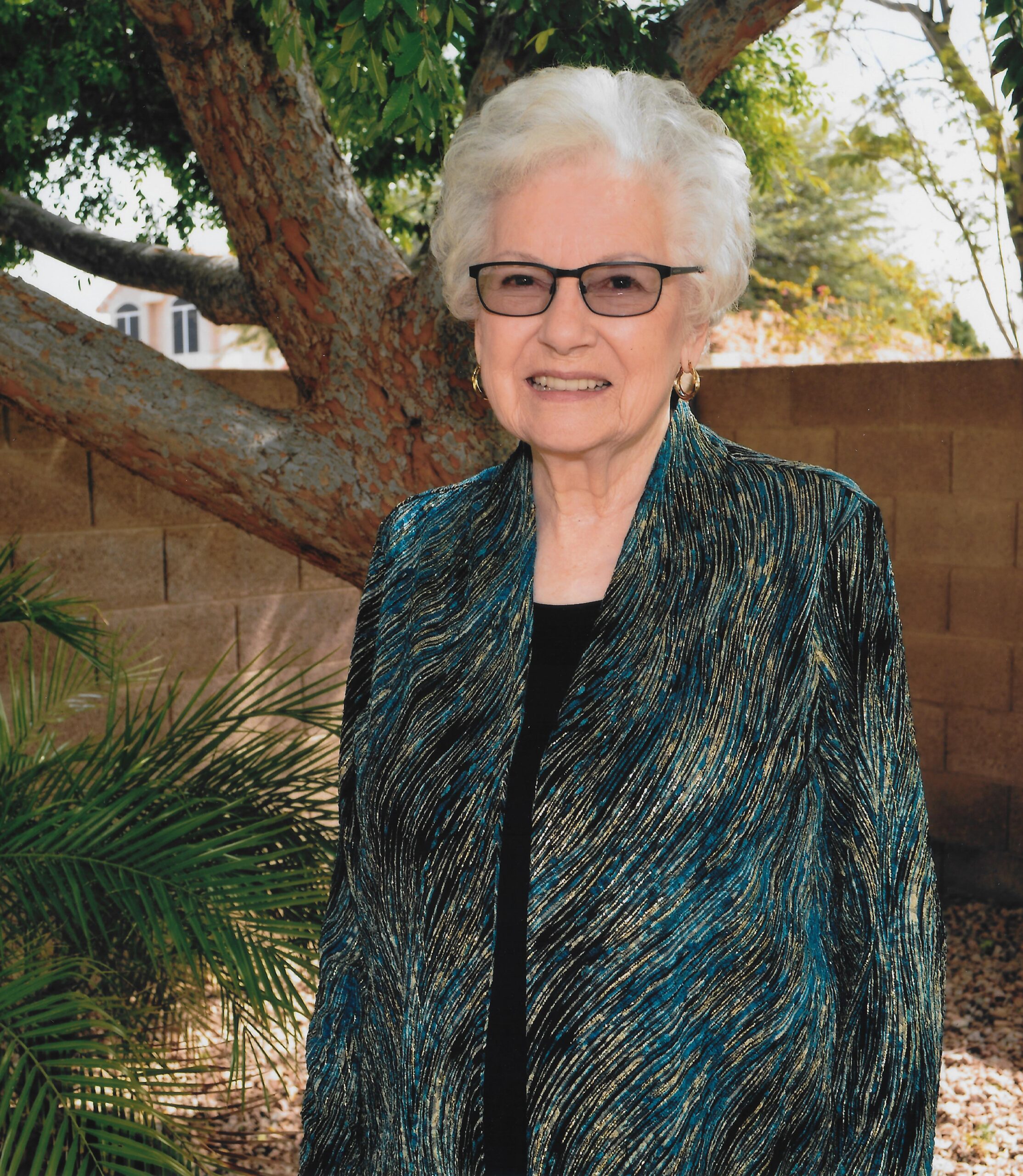 Barbara McAlister was born to William Davidson and Dorothy Taylor McAlister, on March 20, 1929, in Chicago, Illinois.  She grew up in Alhambra, California, along with her older sister, Jean, and her younger sister, Nancy.  Barbara and her family were members of The Church of Jesus Christ of Latter-day Saints, and loved being part of their ward family, with their beloved bishop, Howard W. Hunter.

Barbara went to BYU, where she eventually met a young man from Arizona, Wayne Stanton Hamblin.  They were married on December 22, 1949, in the Idaho Falls Temple.  They soon moved to Reese River, Nevada, where they were the only elementary school teachers on a very isolated reservation.  At the end of that school year they moved to live temporarily with Barbara’s mother in Rexburg, Idaho.  Their first child, Charee, was born there in 1951.  The next year Wayne and Barbara taught elementary school in Fallon, Nevada, and then moved to live temporarily with Wayne’s parents in St. Johns, Arizona, where Denise was born in 1953.

The young Hamblin family lived in Washington DC, for the next four years, while Wayne attended medical school at George Washington University.  Marcene was born there in 1954.  Eventually they moved to Phoenix, Arizona, where Wayne opened a family medical practice.  Lynnette was born in 1957, David in 1959, Mark in 1961, and Bryan in 1963.  Scottsdale, with a bigger house, later became the new home for the family.  Barbara was well known for welcoming others into her home, creating beautiful clothing and decorations, serving in the church, and as a wonderful mother.

In 1979, Wayne, Barbara and Bryan moved to St. Johns.  Wayne became the town’s only doctor, and Barbara was his office manager.  They lived on a small ranch, and took care of Wayne’s parents, who lived in town. Barbara’s hobby was to make beautiful and comfortable flannel quilts for each of her children and grandchildren.  So many fun family weekends and reunions were held in their spacious home. With Wayne’s passing in 1999, Barbara moved to Mesa, Arizona, to be near all seven of her children.  She worked for many years as a service missionary in the Church’s humanitarian center, designing quilts.

Even at 91, Barbara’s body was strong, and her mind was clear.  She enjoyed joining in on all kinds of family activities, dinners, programs and theater productions.  Barbara was kind, wise and elegant, yet down-to-earth.  She has blessed the lives of her parents, sisters, husband and children, plus three more generations of descendants.

Barbara McAlister Hamblin passed away peacefully on October 12, 2020.  She is survived by her sister, Nancy Foster (Gary,) and her children, Charee Harbertson (Steve,) Denise LeCheminant (Greg,) Marcene Harris (Joe,) Lynnette Nelson (Jim,) David Hamblin (Deniece,) Mark Hamblin (Sharon,) and Bryan Hamblin (whose wife, Ann Marie, is also deceased.)   She has continued to bring blessings to her 25 grandchildren, 74 great-grandchildren, and 2 great-great-grandchildren.  Barbara is a beloved daughter of her Heavenly Father who loves her, and who has welcomed her home.

Please click the link below to join the webinar:

*Barbara’s remains will be buried later that day in the St. Johns, Arizona Cemetery.