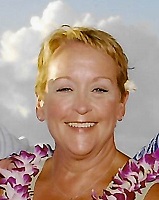 Send Photo of Barbara B. Thompson

Preceded in death and there to meet her in heaven was her mother, Shirley, her Renner and Bagby grandparents, uncle and aunt John (Billie) Bagby, her aunt Jodie (Kenneth) Clift and aunt Retha Redlesbeger along with her father-in-law George O. Thompson, Jr. and sister-in-law Patricia Thompson and by her Labrador Best Friends for nearly twenty-five years: Jordan, Taz and Charlie Brown.

Barb’s family moved from Springfield, MO. to Aurora, MO. in 1968, where she graduated from Aurora High School in 1974. Soon after graduation, the family moved to Ireland for Rick’s work. Barb and some of her family returned to Aurora a year later but have many fond memories and stories of their time spent in Ireland. Barb attended Southwest Missouri State for a short time but decided to attend and graduated from cosmetology school. However, Barb elected to go to work at a bank in Springfield and that is where she and Don met in 1980. They were married May 1, 1982 at the United Methodist Church in Aurora. Barb and Don have lived in St. Joseph, MO. (10 years) where their sons were born, Overland Park, KS. (15 years) and in Arizona for the past 13 years,

Barb was an avid reader (often having three books going at the same time), she loved to cook for her family, attend her sons’ school and sporting activities, decorate the home, working retail at Williams Sonoma, Coldwater Creek and the Bombay Company, watching Wheel and Jeopardy and enjoying a glass of red wine or a good margarita. Some of her happiest memories were spent with Don’s family at their Lake of the Ozarks house beginning in 1981 with perhaps the most memorable being for a week just this past Labor Day with several family members joining in. She enjoyed tailgating in the fall at Mizzou football games from 1995 to 2006, cheering on the KC Chiefs and Royals to their Superbowl and World Series victories, backyard BBQ’s and pool parties, a large diet coke from Sonic, and traveling/driving trips with her Bagby family in her early years to see new places and later with Don and “the boys” to see Disney World, several of the National Parks and her favorite AZ places like the Grand Canyon, Sedona and Jerome plus trips to Maui and our trip a few years ago to Italy (Rome, Florence and Venice).

But Barb is best remembered for her calm and kind nature, putting others first and her unwavering love for her family and friends. Barb was diagnosed with Lewy Body Dementia in early 2015. Over the past few years, she very much disliked the fact this horrible disease was taking away her ability to enjoy many of the things she liked to do. But she faced the disease with courage, stubborn optimism, calm and dignity. She will be greatly missed by her husband, sons, and extended family. The family wishes to express its appreciation to Hospice of the Valley, Dobson Home, for their guidance and care during her final week.

Given the ongoing constraints of COVID-19 and per Barb’s wishes, the family will be holding a Celebration of Life memorial service in the spring of 2021 in Missouri. Details are yet to be finalized. In lieu of flowers and for those who wish to honor Barb’s legacy, memorial donations are suggested in her name to any of the following organizations:

Or to the charity of your preference.

Condolences may be expressed at www.bunkercares.com