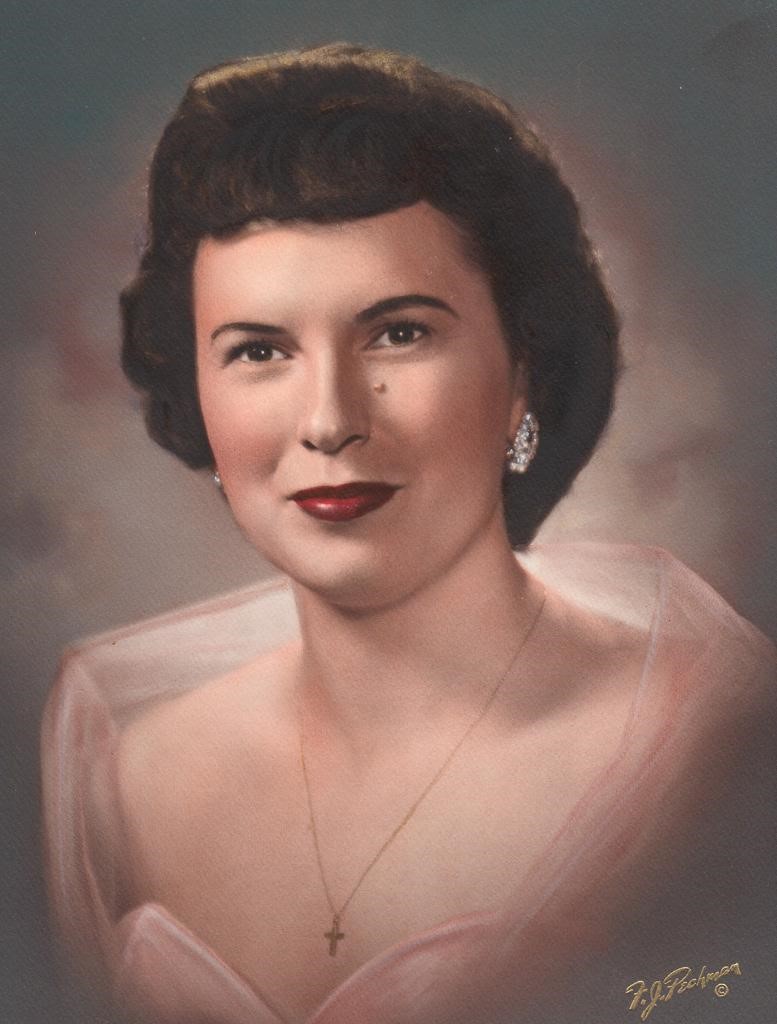 Audrey Cecilia Mae Erber was born on June 8, 1932 in Appleton, WI to Delore and Dorothea Bessette. Audrey married Heinz Herbert Erber October 27, 1962. Audrey and Heinz lived in Appleton WI until 1984. During their time in Appleton they had two children Bonnie and Gail. She is remembered by them as a loving mother who always put family first (she always said “if you make a mistake in life, pencils have erasers.”)

Audrey was an accomplished cook and homemaker; her favorite place in the world was Disneyland/Disneyworld.  She attended Disneyland the year it opened, and visited almost yearly until her late 70s.  Some of her grandchildren’s most cherished memories with her are enjoying the rides at Disneyland and Disneyworld with their Grandma, especially the Pirates of the Caribbean (dead men tell no tales) and the Haunted Mansion (“now wait for the ghosts”).

Interment will be right after the funeral at the National Memorial Cemetery of Arizona at 1:00 PM. All are welcome to attend and celebrate Audrey’s life. Condolences can be sent to www.bunkerfuneral.com.