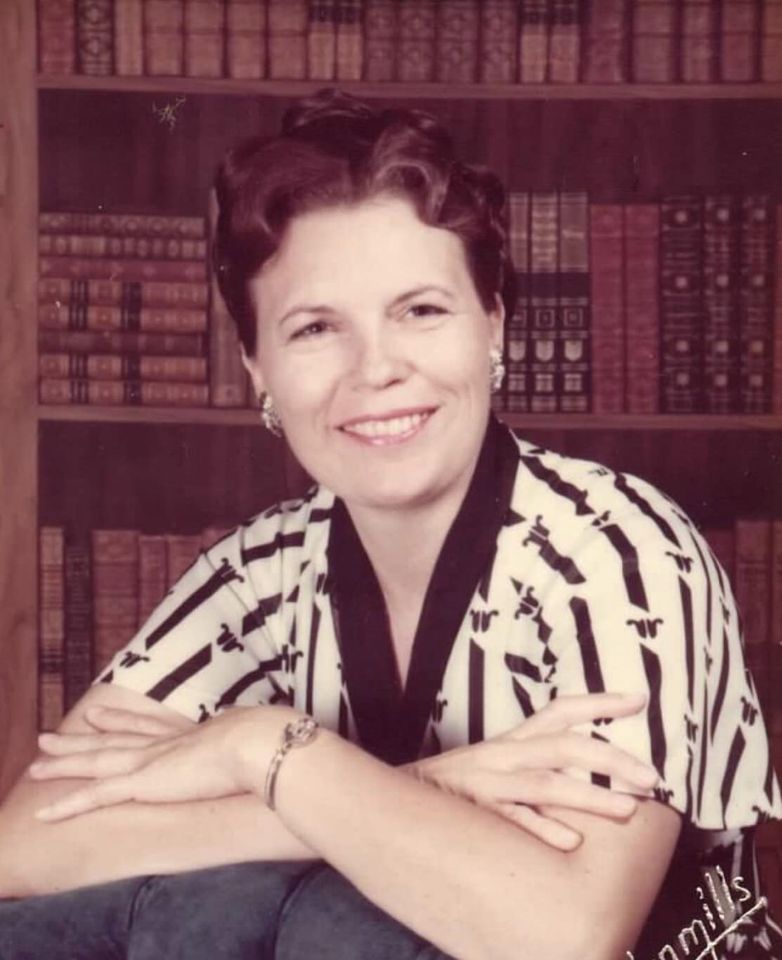 Artie Louise R Nielsen, age 89, a resident of Mesa, AZ returned home to her Heavenly Father on September 9, 2022, in Gilbert, AZ. Born July 27, 1933, in Roswell, New Mexico to Artie W. Hall and Winston Samuel Stanley. Her parents divorced when she was very young. Louise was 6 years old when Artie married Edwin O. Reidhead. From that day forward she was a ‘Reidhead’. After graduating from Snowflake High, she married and was sealed for all eternity in the Mesa Arizona Temple to her high school sweetheart Joseph H ‘Hal’ Adams on December 1, 1951. Louise remained faithful in her testimony throughout her life as a member of the Church of Jesus Christ of Latter-day Saints. A devoted wife and mother, and an example of excellence for all who knew her. After her all children were in school, she returned to finish her college education. While attending Arizona State University, she was the recipient of a Fulbright Scholarship. She completed her BS degree at Oxford University in Oxford, England, and student teaching in Sheffield, England. At an early age, she learned to play the Piano. She played everything from Ragtime jazz, Broadway tunes to Classical, and Hymns. Many years were given serving her church as a Pianist/Organist, Relief Society President, and Primary President.

After the death of Hal in 1975, eight years later, she was introduced to Delbert L. ‘Duffy’ Nielsen, who had been recently widowed. They found comfort and companionship with each other and were married in the Mesa Arizona Temple on October 21, 1983. Her love and devotion for Duffy and his family grew over the 31 years of marriage until his death in 2014. They served an 18-month mission from September 1988 to March 1990 at the Arizona Mesa Family History Center and a 24-month mission from March 2000 – March 2002 at the WSD Arizona Mesa Bishop’s Storehouse for the Church of Jesus Christ of Latter-day Saints. Together they traveled to China, Korea, Japan, Hawaii, the Caribbean Islands,Europe and explored the United States. Other hobbies included history and genealogy. He was a member of the Daughters of the Utah Pioneers. Collecting recipe books and clipping recipes that never seemed to make it out of the kitchen. Sewing was an art form, making most all the dresses she and her girls wore to school, church, proms, and weddings. teaching them along the way to do the same for their families.

The family would like to extend their gratitude to Hospice of the Valley and the staff at Beehive home in Gilbert for their loving care and support. A special thank you to Marcie and Dan Green and their family for their commitment and devotion these last few years.