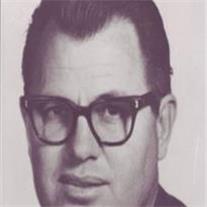 Arthur Collins Chapman 85, of Mesa, AZ peacefully returned to his heavenly home on Monday, November 5, 2012. He was born August 21, 1927 in Bluewater, NM to Ernest Collins and Mary Genette Adair Chapman. He served in the US Navy and as a missionary for the Church of Jesus Christ of Latter-day Saints in the Central Atlantic States Mission. In 1950 he married Helen Crum in the Arizona Temple. He received his BA in Engineering from U of U and a Masters in Engineering from UCLA. He was employed by the GE/Honeywell Computer Division and traveled the world during his employment. He is survived by his wife Helen, of 62 years, brother Neal Chapman, daughters Elaine Fort (Milton), Pat Freestone (Chris), Janet Woods (Steve), Colleen Coleman (Daren), 21 grandchildren and 38 great-grandchildren. He was preceded in death by his parents, sister Alma Delmoe, brother Telford, daughter Marianne Merrill (Walter). Services will be held at the Maricopa North Stake Center, 1718 N. Date, Mesa, AZ on Monday, November 12, 2012 at 10 AM, visitation one hour prior to service. Arrangements by Bunker’s Garden Chapel.