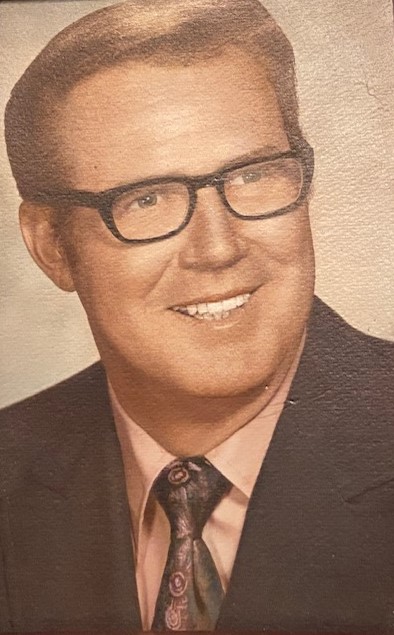 Arlo H. Judd passed away peacefully on Wednesday, January 4, 2023. Arlo was born at home in Fredonia, Arizona on December 17, 1932. He was the fourth son born to Zadok Ray and Elva Haycock Judd. He spent his fun-filled childhood in Fredonia until January of 1954, when he served a two year mission in Los Angeles, California, for the Church of Jesus Christ of Latter-Day Saints. Arlo migrated to Mesa, Arizona in 1956 to attend Arizona State University. He met his sweetheart and eternal companion, Janette Rhoda Roberts, and was married on April 19, 1957, in the Mesa Arizona Temple. They began their journey together living in Mesa, and later welcomed the arrival of son, Kevin, and daughters Lori and Shelli. They resided in Mesa for 65 wonderful years.

Arlo’s career included time at Producer’s Finance, Western Savings and Loan,  and The Arizona Bank as a loan officer. He was an active Real Estate agent for many years. Arlo was a gifted athlete, running track at Arizona State University, playing fast-pitch softball with the Mesa 8th Ward, winning several all-church championship titles. He was also a talented golfer, which he passed on to many of his children and grandsons. He enjoyed hunting on the Kaibab with his brothers, sons, and grandsons. Many years included family trips to Lake Powell, Fredonia, and several fishing trips in the White Mountains with his buddies, Scott, Art, Jerry, and Bob.