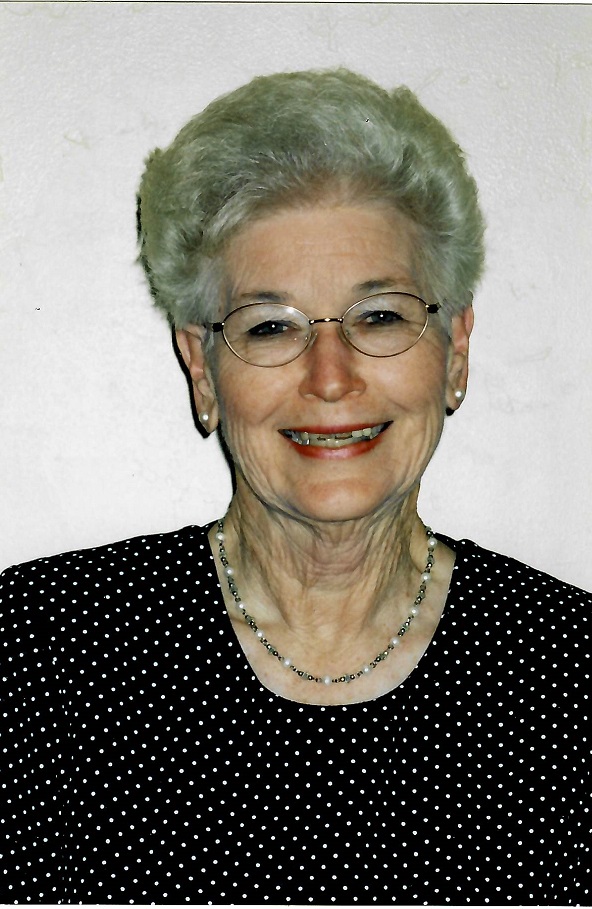 Early in the morning on Wednesday, 18, August 2021, Arlene Judkins Anderson went to her eternal home and into the loving arms of her beloved husband Joe, Daughter Wendy Thompson, Parents Don and Mae Judkins and Sister Patricia Black, Arlene was 89 years old. Arlene came into this world in Los Angeles, California on the 20th day of February 1932; the first of three children born to Don and Mae (Bunker) Judkins. Arlene spent her early years in the Los Angeles area where the family eventually settled in Terrance, California. When Arlene was 13, the family moved to Mesa where her father Don started Valley Fence Company and where later she met her Eternal Companion Joseph Mason Anderson. Joe and Arlene were married on 3, March, 1950 in the Mesa, Arizona Temple of the Church of Jesus Christ of Latter-day Saints. Shortly after marriage Joe accepted an offer to open an office of the “American Fence Company” in Tucson. Even though Arlene was pregnant with their first child, at that time Joe ensured she made her doctor appointments in Mesa, where their first daughter Wendy was born eleven months after their wedding. Twenty-one months later Jolene joined the family with Kevin coming 11 months after; while their last two “twins” Darwin and Daryrene entered the world 28 months after Kevin. Yes, five children in five years. Before the twins were born Arlene and Joe had moved back to Mesa where Joe had become a Master Plumber and Arlene and Joe built their first and last house which still stands on 7th Place.

When the twins were in sixth grade, Arlene re-entered the work place as an accomplished Bookkeeper and Secretary first for Labarron and Carrol Insurance, then Cardon Oil, followed by the Lighting Company and ending her working years in her dream job as the Secretary at the LDS institute of Religion at Arizona State University. Brother Call, the director of the institute was very clear, Arlene was being hired not so much for her typing skills, but for her ability to interact with the students in a positive and uplifting manner.

Arlene loved the youth and they loved her. As an active member of the Church of Jesus Christ of Latter-day Saints she spent most of her extensive volunteer activity focused first on Primary (younger) Children, then when her daughters became older, she worked extensively with the Young Women, including yearly Road Shows programs and Summer Camps.

Arlene is survived by four of her five children, Jolene Jackson (Leon), Kevin (Cherri), Darwin (Cindy) and Daryrene Cannon (Craig), as well as her younger brother Donald and his wife Sara. She and Joe have been blessed with 25 Grandchildren, 72 Great Grandchildren and 3 Great, Great, Grand Daughters. Her Oldest Daughter Wendy Thompson (Mark) passed early last year.