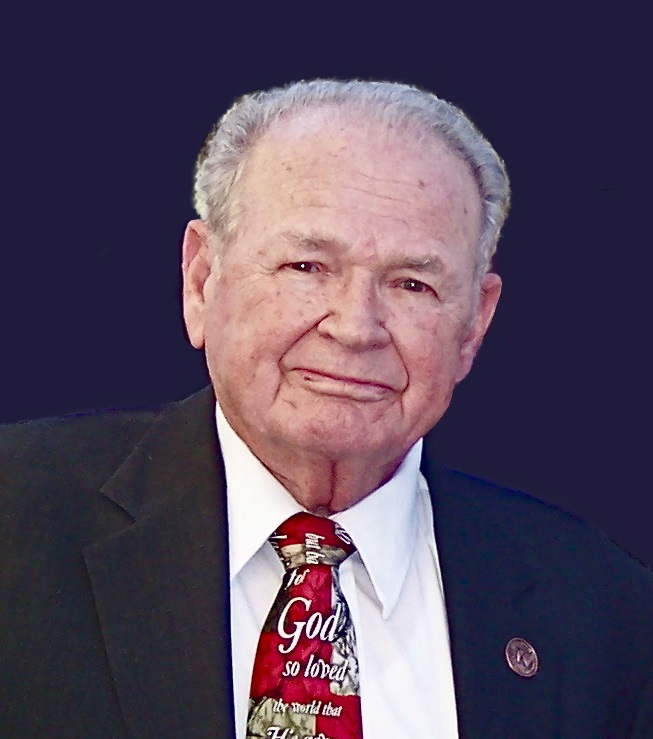 Arden Allen Rowley, age 89, touched the lives of thousands as a father, brother, soldier, teacher, veteran, and grandfather. He was born 9 June 1930 in Phoenix, Arizona, the third child of Edwin Jesse Rowley and Rosilla Allen. He passed away peacefully in the sunroom of his beloved home of 56 years on 14 June 2019 (all who knew Dad will understand the significance of his passing on Flag Day).

Arden’s family moved back to Mesa soon after he was born, where he resided the rest of his life. He graduated from Mesa Union High School in 1948, and soon after enlisted in the US Army. Arden’s unit was sent to Korea when war broke out there, and he was taken prisoner 30 November 1950, spending 33 months in several Communist Chinese prison camps. His time as a POW was perhaps the second-most defining experience of his life. The first-most began eleven days after his return to Mesa when he met Ruth Martin, and they married two months later on 25 November 1953. They celebrated 57 loving years together, criss-crossing this country they so loved, attending family and military reunions, visiting religious and national historic sites, and doing family history research, before Ruth’s untimely death from cancer in 2011.

Arden was preceded in passing by both parents, his sisters Lois Shepherd, Elaine Baker, and Joanne Adair, his brother Duane Rowley, and his beloved daughter Kristi Rowley Sherwood. Arden is survived by his youngest brother Lynn Tenney, his sons Steven Arden Rowley, Bradley Martin Rowley, and Scott Allen Rowley, and by 18 grandchildren and 28 great-grandchildren.

Arden was active in several veterans’ organizations, including the Veterans of Foreign Wars, the 2nd Engineer Combat Battalion Association, the Korean War Veterans Association, and the Korean War ExPOW Association, and was inducted into the Arizona Veterans Hall of Fame in 2004. He published five books about the Korean War, including his autobiographical Korea-POW: A Thousand Days With Life On Hold. He made eight return trips to Korea from 1994 through 2017. Nearly all the furniture in Arden and Ruth’s much-loved home was built in his legendary workshop, and he enjoyed serving in many and varied callings in the Church of Jesus Christ of Latter-day Saints. He also retired from teaching 31 years in the Mesa Public Schools in 1989.

Minutes after Dad’s passing, his family lowered to half-mast the American flag which has flown over his front yard veterans’ memorial for many years; it will remain so for the duration.

Arden will be laid to rest with full military honors in Mesa Cemetery on Saturday, 22 June after a 10:00 am farewell service at the LDS Solomon chapel, located at 977 E. Broadway in Mesa. Visitation will be the evening of Friday, 21 June, from 6:00 to 8:00 pm at the Bunker’s Garden Chapel at 33 N. Centennial Way in Mesa, and the day of the service from 9:00 to 9:30 am, at the Solomon building.

Any veterans and active duty personnel can join his honor guard in pausing at 12:00 noon Mountain Standard Time and offering a silent salute.

It is foolish and wrong to mourn the men who died. Rather we should thank God that such men lived (George S. Patton).