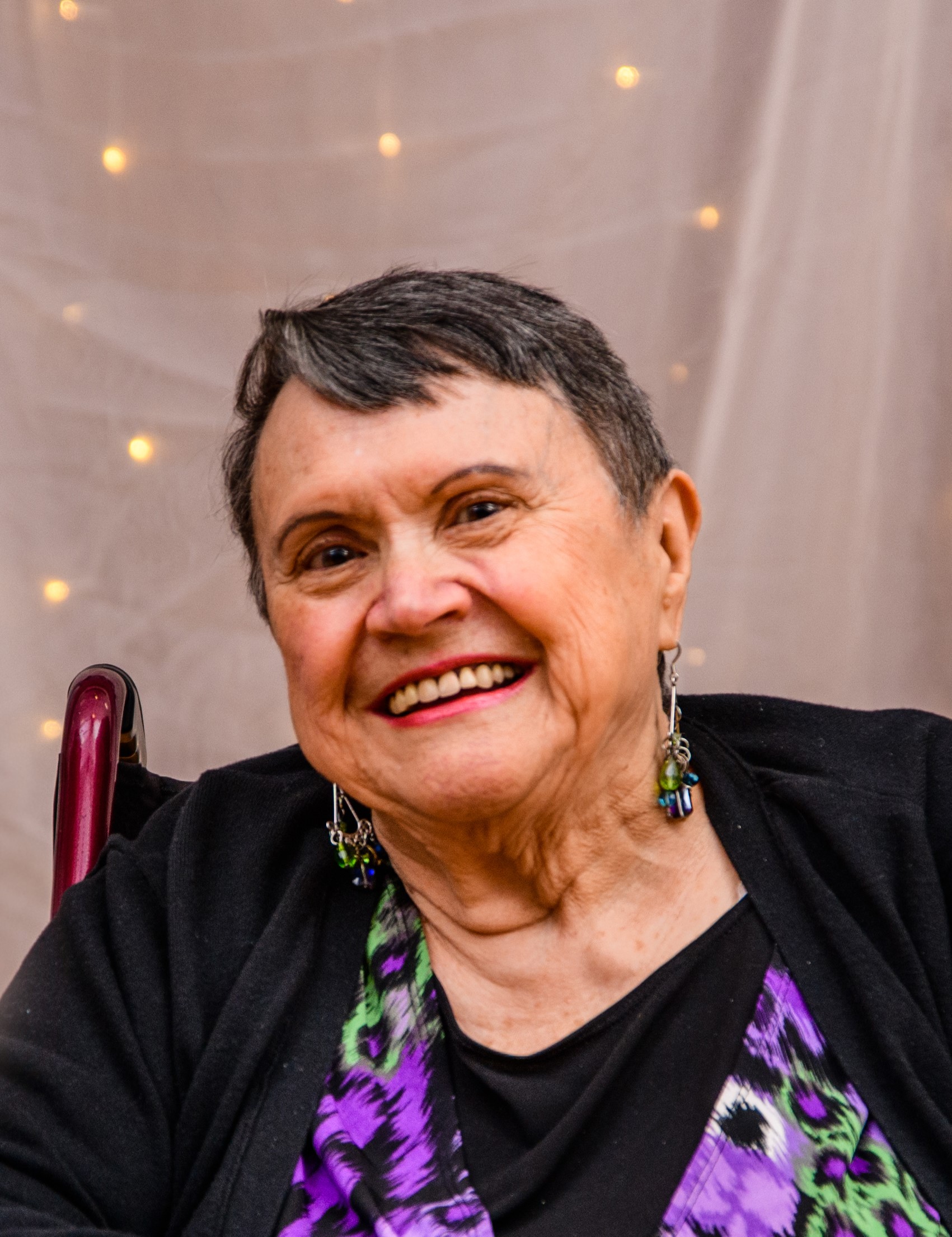 On Saturday evening, May 30th, 2020, Annette (McElhiney) Broyles, devoted mother of seven children, “graduated” from the school of life to receive her Eternal Diploma in heaven.  She was 83 years young!

Annette was born the third of five children on March 25, 1937 in Bethany, MO to James A. (Gus) and Sylvia May (Long) McElhiney.   She received her first degree of Bachelor of Fine Arts from Kansas University in 1959.  She later received a Master of Social Work degree from the University of Nebraska at Omaha in 1984.  She went on to qualify as a Licensed Clinical Social Worker in the state of Iowa in 1986 and also in the state of Colorado in 1995, and held other social work accreditations in Nebraska (1987) and California (2001). On August 30, 1957, she married Gerald David Broyles.  They had seven children, Sherri, Shauna, David, Daniel, Michael, Shandra, and Sharlauna, whom they raised predominantly in Omaha, Nebraska.  As wife, mother, and counselor, she lovingly listened, and patiently worked with, numerous problems of mind, body, and spirit.

Annette was raised in a labor intensive farming community which taught her to be independent, resourceful, and creative.   She learned the art of sewing her own clothing, cooking large meals, gardening, caring for animals, and as a teen, learning to play the piano.  Annette was an avid student with an insatiable desire to learn.  She loved books and was always reading and increasing her knowledge and skills.  Studying the Bible and the Book of Mormon were two of her favorite reads.  She was an active member of the Church of Jesus Christ of Latter-day Saints.  Her faith in Jesus Christ was very important to her and she used it wholeheartedly to nurture, serve, and teach her large family.  Annette was a talented musician who loved to sing and play piano.  She was a respected and successful piano teacher making large piano recitals a not-to-miss event in the community for many years.  She was also a skilled and insightful psychotherapist with a broad understanding of dissociative disorders, depression, PTSD, child abuse, marital discord, and family dynamics.  However, her most satisfying work was her family and grandchildren.  In her retired years, she loved rocking the grand-babies!  She also reveled in the opportunity to play with different art forms painting with watercolor, acrylic, and oils and working with clay and mixed media art forms.  To top off the amazing abilities that she possessed, she was also a woman of great beauty and exceptional compassion, with a quick wit and fun-loving sense of humor.

Annette was preceded in death by her ex-husband, Gerald, and her daughter, Shauna, as well as her sister, Jeanette and brother, Beryl.  She is survived by her six remaining children, 20 grand-children, 9 great-grand children, and her brothers, Jerry and Jim.  She will be interred at the Mesa Cemetery in Mesa, AZ.  Donations in her honor may be made to:  https://philanthropies.churchofjesuschrist.org/