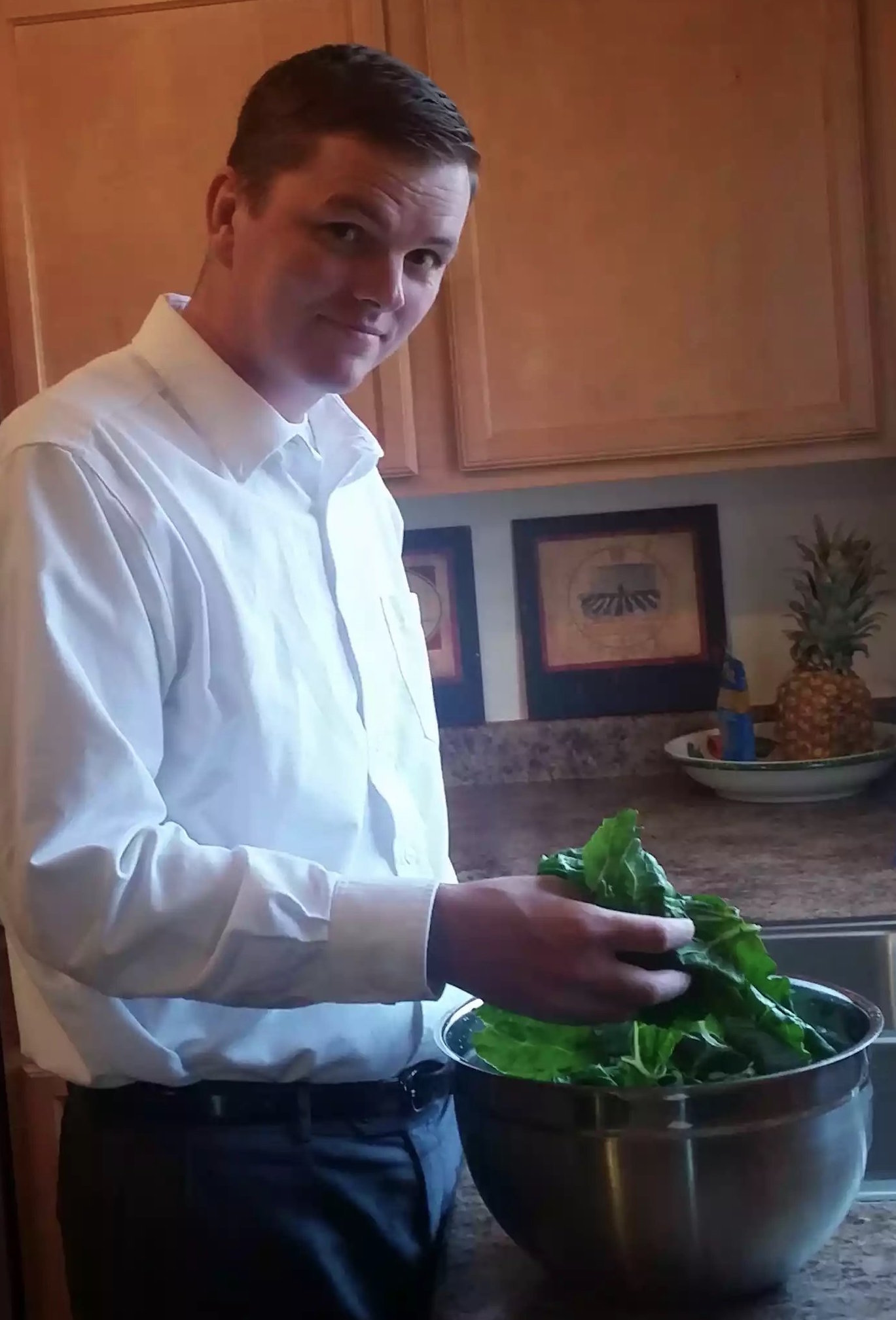 Amos Dean Abplanalp was born December 11, 1975 in Malad, Idaho. He passed away September 7th, 2017 at Banner Gateway Medical Center in Gilbert, Arizona surrounded by his wife and children, mother and brother. He fought a courageous fight with colon cancer for a year and a half. He lost the battle, but won the war enduring well until the end.

When he was two, the family moved to Blackfoot where he spent the next 17 years of his life. When he was nine, his parents divorced. His mother later met and married Evan Dance and six more siblings were added to his family.

He grew up on a potato farm where he learned to work hard. He also learned that he wanted an education.

Amos loved sports. He played little league baseball and basketball, but his real love was wrestling. He was on a state championship wrestling team at Snake River High School where he graduated in 1994.

He served in the Canada Toronto Mission for the Church of Jesus Christ of Latter-day Saints. After returning honorably after two years he attended Brigham Young University and met the love of his life and eternal companion, Hillary Clair Mann.

Amos graduated from BYU with a bachelor’s degree in Psychology. He and his wife and son then moved to Arizona where he attended Arizona State University to persue a master’s degree in Criminal Justice.

He was a teacher for emotionally disabled students at Gilbert High School for 10 years and a wrestling coach. He was certified to teach multiple high school subjects and was a beloved teacher.

He and his wife had five beautiful children together who have brought them incredible joy.

He later received a Master’s Degree in Counseling and worked as a Licensed Professional Counselor at the Florence, AZ prison in the Eyman Complex.

He served in many church callings and his most recent calling was as bishop of the Magma Ranch Ward in the SanTan Valley Stake.

Just as Amos learned of his cancer diagnosis his daughter, Evie Clair, was invited to audition for the show “America’s Got Talent.” Her musical talents, bright spirit and love for her father propelled her forward in the show. She made it to the finals the night before her father passed away. He lived his last few months seeing his daughter’s dreams play out and it was the highlight of his life.

Amos affected many in his life for good through his kindness, humility, wisdom and service. To know Amos was to love him.  His faith in God and great love for his family, friends, neighbors and coworkers inspired many.

He was preceded in death by his grandparents: Moe and Carol Sagers, Tom Abplanalp and Ora Ezell; his nephew: Daniel Gurr and mother in law: Pamalee Mann.

There will be a viewing at the funeral home Tuesday evening from 6 to 8pm at 33 N Centennial Way Mesa, AZ 85201. Flowers, etc. can be sent to that address.

Amos’s body will be laid to rest in the City of Mesa Cemetery in Mesa, Arizona.