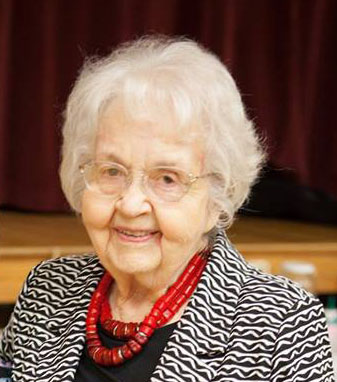 Alta was born and raised in Mesa Arizona by her beloved parents. She truly enjoyed interacting with her siblings Mary, Margaret, Zelda, Elvin, Lee, Pearl, Dora, Donald, Heber, and Nione. She graduated from Mesa High School in 1939. She married Glade in the Mesa, Arizona Temple on May 11, 1942. They served together in the Mesa Arizona temple as ordinance worker for many years. They also served on a mission in the Dallas, Texas Temple mission from July 1985 to July 1986. Throughout her life she also served faithfully in the Primary, Young Women, and Relief Society organizations of the Church of Jesus Christ of Latter-day Saints. She had a strong testimony of Jesus Christ, the power of prayer, and keeping the commandments.

Alta was beloved not only by her posterity, but every life she touched. She lived simply, devoting her life to her family; but that simplicity added up to a giant legacy. She will be greatly missed by all who knew her. A viewing will be held at Bunker’s Garden Chapel, 33 North Centennial Way, from 6-8 p.m. on Wednesday, March 28th. Funeral services will be held at 11 a.m. at the LDS Greenfield Park Ward at 532 South Greenfield Rd, Mesa on Thursday, March 29th, with a viewing prior to the services from 10-10:45 a.m.