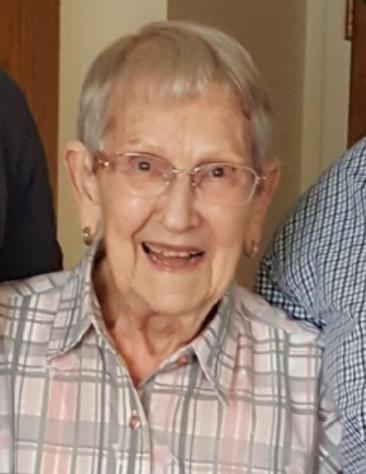 Alice was born to parents Nort and Josie Bennett on August 3rd 1923 in Vandlia, IL. She grew up as the youngest of twelve and graduated from Vandalia High School in 1940. She graduated from University of Illinois in 1944. She married her soul mate, Ralph Stivers in 1944. During WWII while Ralph was overseas, Alice took a position as a chemist with American Can Company in Chicago.  Upon his return from WWII they returned to Clinton, IL and farmed until he was recalled for service during the Korean War. While Ralph was overseas Alice maintained the farm and raised Doug and Mark.

When Ralph returned from Korea they purchased a farm outside Waynesville, IL. Soon after they welcomed daughter Maryl. Alice and Ralph continued to farm for 9 years until 1962. They eventually held positions within the Clinton Community School District. Alice taught at Webster Elementary School for the majority of her teaching career while earning her Master’s degree in education from University of Illinois.

Upon retiring in 1982 she and Ralph traveled extensively in their camper, ultimately settling in Arizona. Her passion for teaching and staying active carried on through retirement. She volunteered as a teacher’s aid, sat on several committees at Friendship Village.

She is preceded in death by her husband Ralph and son Mark.

A private family ceremony will be held at a later date. Memorials can be sent to: Friendship Village Foundation 2645 East Southern Avenue Tempe, AZ 85282.

Condolences can be made to www.bunkerfuneral.com