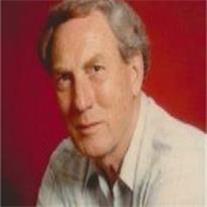 Adrian Durham Brown, 78 years old, of Mesa, AZ; passed away peacefully on March 8, 2013 at Banner Hospice House after a long illness. Adrian was born on October 26, 1934 in Conroe, TX to Jesse Brown and Docia Virginia Taylor Brown. Preceding Adrian in death were his father: Jesse Brown; Mother: Docia Virginia Taylor Brown; and sister-in-law: Bessie Brown. Surviving Adrian is his loving wife: Helen of 18 years, who dedicated her life to caring for him and loving him. Also surviving him was his sister: Virginia Hale (Johnny) of Buna, TX; brother: James Brown of Buna, TX; son: Lee Brickey (Lisa) of FL; daughter: Elizabeth Massey of FL; stepson: Tim Kristy (Lisa) of Wasilla, AK; grandchildren: Savannah Brickey, Alex Brickey, Shaun Massey, Aaron Massey & Anna Massey. Adrian was a graduate of Spartan School of Aeronautics. He spent his airline career with Trans Texas Airways and retired from Continental Airlines in 1990. During his airline career, he traveled to Australia, Amsterdam & Switzerland. Adrian spent most of his life in the Houston, TX area moving to Mesa, AZ in 1990. Adrian was a 32nd Degree Mason originally out of Lodge 1095 Buna, TX. While living in Mesa, AZ he participated with the Oriental Masonic Lodge when health permitted. He also served in the US Army and the US Naval Reserve. Masonic rights will be given by Oriental Masonic Lodge. Military rights will also be done by Veteran Foreign War Post 0100 of Mesa, AZ for the service Adrian gave to the country he loved. We would like to express our thanks to the Banner Hospitals & Banner Garden Hospice House for the great care and love they gave to Adrian and the love and compassion shown to his wife during those stressful days. Many thanks to all Doctors involved, especially surgeons Dr. Ali Ghazanfari , Dr. Seyed Sharifi & Dr. Lina Anthony. A special thank you to Dr. George Ting for the wonderful care; also to all the staff, nurses and all others who contributed to his great care. Also the staff in the Cath. Lab and Admitting Office where Adrian volunteered, for their kind words, visits and love they showed. Much love goes to Michael and Christine Hitchcock, Michael and Ruth Ann Petramalo, Jay and Marsha Smith, Ron West, and Ethlyn Ray and the many LDS friends who showed immeasurable love and compassion. Thanks to our friend, Russell Jorgensen for his help over the years. Arrangements are being handled by Bunker’s University Chapel, 3529 E. University Dr., Mesa, AZ. Memorial services will be held on March 18, 2013 at 1:00 PM at the Funeral Home. Adrian’s ashes will be spread over Canyon Lake, per his request, at a later date. Any gifts or contributions may be made in his honor to Banner Hospice House.