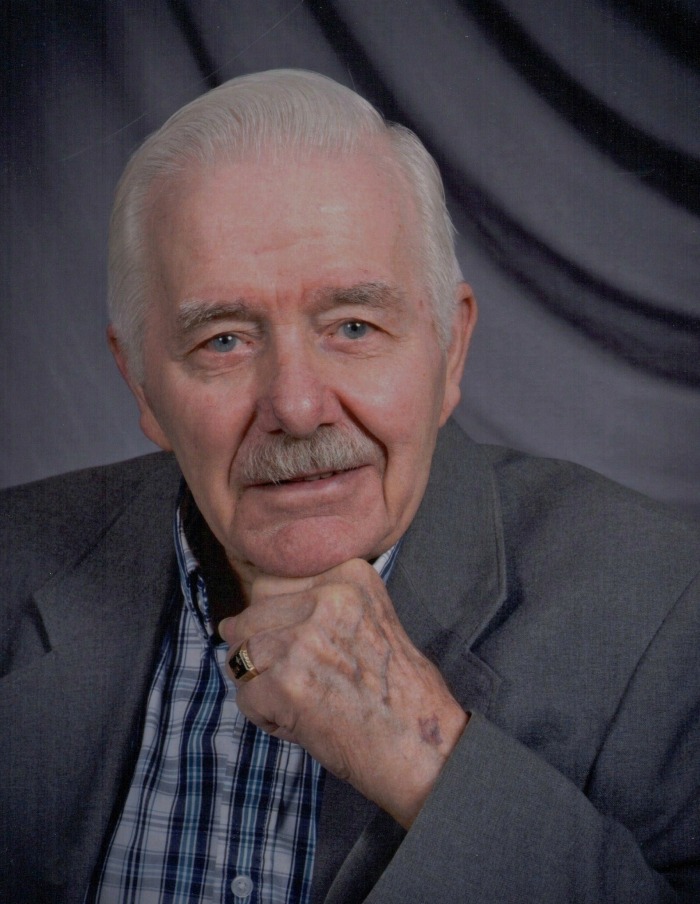 Aaron Friederich Sabrowsky, age 90 years and 4 months, passed from this life into life eternal on February 11, as a resident of Lund Family Hospice Home of Gilbert, AZ . Aaron was born to Friederich Wilhelm Herbert Sabrowsky, and Mabel Marie Buth – Sabrowsky in the rural community of Farming Township (Allbany),Minnesota.  Aaron was baptized and confirmed in the christian faith at Immanuel Lutheran Church, in Farming Township. He attended parochial grade school there, and graduated at age 16 ½ from Albany High School in 1943. In December of 1945, he enlisted in the Navy. Two years later he was discharged as a Navy Aircraft Mechanic. Returning to the family farm, he continued farming with his older brother for 10 years. In that time he married Leona Margaret Sabrowsky on June 5, 1954 at the church of his baptism. They lived on the family farm in a basement home Aaron built. In1957, at the possible sale of the Sabrowsky farm, he took the opportunity to move to California. Within a few short days,he, with the help of his younger brother Raymond, already living in California, found a home in Hermosa Beach, and work at Douglas Aircraft. Leona and their two children joined him shortly thereafter.

Being skilled with his hands, and knowledgeable in engine and machinery repair, and all aspects of construction, he worked for United Hardware in Hawthorne, CA from 1957-1967; first as a truck driver delivering supplies to construction sites in the Los Angeles area, and then in customer service assisting  in the lumber yard, and with plumbing and electrical needs, and lock installation. After securing a locksmith license, he was hired as a professional locksmith in the security department of TRW INC. -Space Technologies Laboratories, in North Redondo Beach, from 1967-1973. From that position he was employed as a locksmith for the Los Angeles City Schools from 1973-1985. In 1984 he was honored to be on Security Detail at Monroe High School’s Swimming Venue for the 1984 Summer Olympics.

After years of purchasing and improving their homes in Hermosa Beach, Redondo Beach, and Newbury Park, Aaron and Leona moved to the southern Oregon rural community of Days Creek. There he built a retirement home on five acres of hills and woods, which he & Leona designed. That home became a treasured retreat for children and grandchildren to meet.

An avid outdoorsman and member of the NRA, Aaron enjoyed hunting, fishing and gardening of all kinds. Always the student, Aaron loved to read non-fictional articles on religion, the fields of his trades, science, technology, and aerospace industry. In retirement, he read biographies, of historical figures, and non-fictional volumes on World and U.S. history of the times he lived in. He will be fondly remembered for his commitment to family, shown in his love language of an untiring work ethic to support them and provide a Christian Education for them. He will mostly be remembered for His love of God’s Word, the study of it, and promotion of Biblical Truth. As a young man, he enjoyed singing in choir. He humbly and faithfully supported the work of the church by serving on many church councils and boards everywhere he and the family were members. Aaron and Leona were members at Immanuel Lutheran- Missouri Synod, Farming Township,MN; Immanuel Lutheran-Missouri Synod, Redondo Beach, CA; Charter Members of Zion Lutheran-Wisconsin Synod of Torrance, CA; Prince of Peace Lutheran-Wisconsin Synod of Thousand Oaks, CA; and St.Matthew’s Lutheran-Evangelical Lutheran Synod, Myrtle Creek ,OR. In 2007 they downsized to a small home in Mesa, AZ and joined Pilgrim Lutheran Church-Wisconsin Synod.

Visitation will be held on Monday, Feb. 27th  6-8pm at Bunker Funeral Home

Visitation will be held on Tuesday, Feb, 28th 9 – 10am at Pilgrim Lutheran Church, Mesa, AZ

In lieu of flowers donations may be made to Pilgrim Lutheran Church and School or Hospice of the Valley- Lund Family Home of Gilbert, AZ.