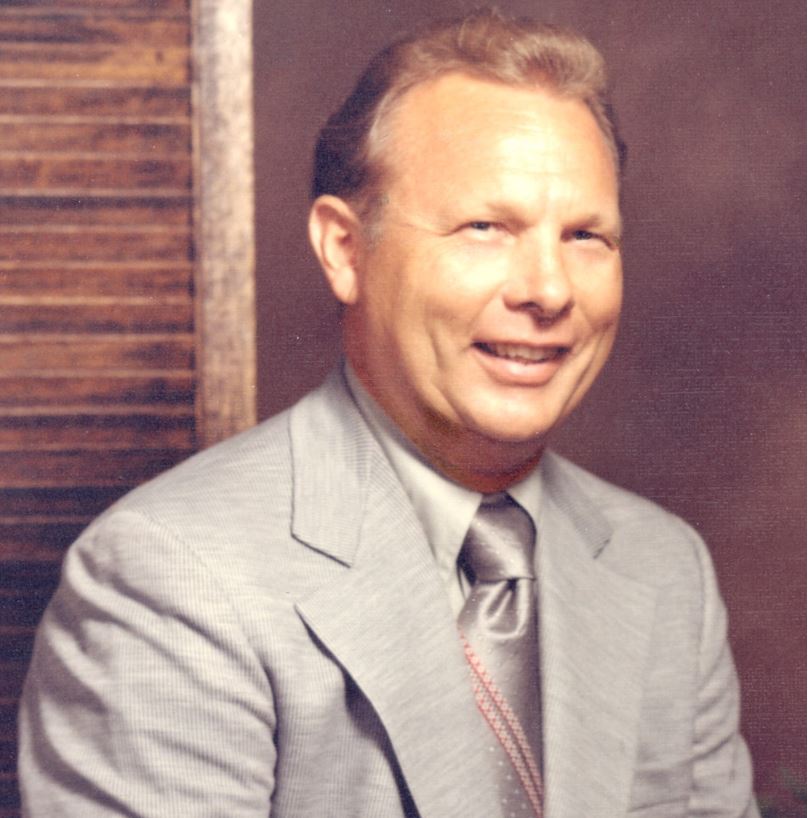 Alfred Thyrle Stapley, 92, of Mesa, Arizona passed away peacefully on May 12, 2020 in Gilbert, AZ. He was born to Thyrle “H” and Ruth Openshaw Stapley in Mesa, AZ on April 20, 1928.  “Fred,” the eldest of four brothers, led an active and hard-working life serving two years in the U.S. Navy submarines, and thirty-four years with the O.S. Stapley Company reaching the position of general manager of Arizona Hardware Company.  He was twice elected president of the Downtown Phoenix Kiwanis Club requiring the suspension of club rules by vote of the members.  For over 14 years he was a member of the Maricopa County Parks Commission, serving as Chairman for 3 separate terms.  He was ordained a Bishop at the age of twenty-eight.  Later, after moving to Mesa, Fred became the Scoutmaster of BSA Troup 250.  The troop flourished under his leadership due to his detailed involvement in all aspects of scouting plus developing their fund-raising project of placing U.S. flags in front of many businesses and homes in Mesa, south of Main Street several times each year.  In addition to purchasing and renovating a retired school bus to haul the entire troop together on their various outings, the flag project provided sufficient funds to pay 50% of the cost for each boy to attend summer camp at Geronimo, near Payson, AZ.  In 1974 Fred was involved in starting Stapley Wholesale, a plumbing supply company.  His son, Jack, joined him shortly thereafter.  During his life he selflessly helped many needy individuals and served in various church positions.  Fred married Loraine Doris Garrett on January 5, 1945 who blessed him with four children; Vicki Jeanne (Dale Porter), Alfred Thyrle, Jr. (Roberta), David Ross (Marcia), and John “Jack” Garrett (Melody).  To date they have 16 grandchildren, 72 great-grandchildren, and 7 great-great-grandchildren.  He is preceded in death by his parents, wife, daughter, and siblings; James Paul Stapley (Cleo), Richard Del Stapley (Irma Dawn) and survived by Don Karl Stapley.

Fred will be missed, but we rejoice in the knowledge that he is having a wonderful reunion with many beloved family and friends that have previously passed.  At this time, services are pending, due to restrictions on gatherings.  His family wishes to thank the staff at ColdSprings Assisted Living Facility for the loving and compassionate care given to Fred during his last several months.