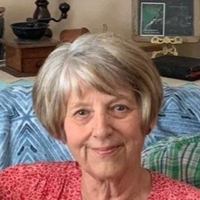 Our loving mother, grandmother, great-grandmother, and friend, Janet Sue New, 79, passed away with her loving husband, Bobby Ray New, 78, at their home in Mesa, AZ.

Janet was the only child of Duane Neil and Margaret Lucille (Meeker) Bennett, born on Oct. 11, 1941 in Otego, Kansas. Her birth was excitedly anticipated as she was the first grandchild on both sides of the family and her great, great grandmother Mahala Bennett (whose husband Seth, a Union soldier) enjoyed Jan’s first year of life.

Janet spent her entire childhood in the farming community of Mankato, KS. Both sets of her grandparents resided in Jewel County and she was privileged to be surrounded by family. She was always close to her grandparents, aunts and uncles–family was everything to the Bennetts and Meekers. Janet graduated from Mankato High School, Mankato, KS in 1959. After high school Janet moved to Denver, CO to go to Beauty School with her best friend and started life as a beautician in 1960, staying in Denver. She went on a blind date and three months later married Milburn L. Allred on Aug. 28, 1960. On their first anniversary Stacey arrived, Victor came 11 months later. The family later moved to Kingston, NY in 1967. Lee joined the family in 1968 and their last child, Darcy arrived almost 2 years to the day. The family later moved to the Lexington KY area in 1975.  Jan earned her Licensed Practical Nursing Degree.

While attending a large LDS singles conference in Atlanta, GA Jan meet the love of her life—Bob New. Bob moved with his family of three children from Fort Walton Beach, FL to Science Hill, KY where they married June 3, 1989. They were later sealed in the Salt Lake Temple for time and all eternity. Bob was raising three children—Pojanna (PJ) born in 1972, Charley joined the family a short 2 years later after Bob finished his tour in Viet Nam. Bob’s grand finale Roger arrived in 1984. Roger was almost five when they married and Roger called Jan, Mom from day one. Roger loved to ride in Bob’s pick-up snuggled in between his parents. Jan and Bob later moved to Brigham City, UT where they raised Roger close to his nephew, Russ and his nieces Emily and Rachel. Upon retirement, they split their time between Arizona and Utah. They eventually bought a house close to family in the Mesa and enjoyed their grandkids and three great grandkids.

Jan was a faithful member of The Church of Jesus Christ of Latter-Day Saints all of her adult life. She served in many callings but her very favorite was as a teacher in the Relief Society (Women’s LDS organization). She particularly loved family history work and completed one line of her family back to the 1600’s. She was proud of her heritage, especially that her line included grandfathers that fought in both the American Revolutionary and Civil Wars. She appreciated her husband’s service in the US Army of over 20 years. He later inspired a son and grandson to follow his footsteps. Jan enjoyed many crafts, but especially scrapbooking and taking care of her rosebushes. She was a dedicated full-time homemaker most of her life; raising five children. She loved the holidays, mostly spent without an extended family as they lived in both Texas and Kansas. She truly loved being a grandparent and great grandmother; for the last 30 years she enjoyed living by a daughter and later by her great grandchildren. Her last years living in Mesa were her happiest—she attended many programs and concerts that her grandchildren participated in and she never missed a chance to see her great granddaughter cheer at a local JR High School. She was a gentle, thoughtful soul who will be sorely missed by her family, neighbors, and church friends. She was quick to laugh and enjoyed watching movies all her life. She also enjoyed playing card games from a very young age. Her only unfilled desire was for siblings and she taught her children that the greatest inheritance she would ever give them was each other. Jan and Bob enjoyed eating lunch out most days and going to all kinds of antique and estate sales.

She was preceded in death (for a few short minutes) by her husband Bob New; her parents Duane and Margaret Bennett and four loving great grandparents.

Celebration of Life Services will be held 1:00 p.m., on Oct. 14, 2020 at the Melby Mortuary, Mankato KS with Matt Whatcott officiating. Burial with her husband will immediately follow in the Burr Oak Cemetery, Burr Oak, KS.

The family requests memorials in lieu of flowers to http://afas.org—(ASSA) HEADQUARTERS AIR FORCE AID SOCIETY, 1550 Crystal Drive, Suite 809, Arlington, VA 22202, to honor her husband’s untiring devotion, loyalty and service to our beloved country. These can be sent in care of Melby Mortuary. For online condolences, please visit www.melbymortuary.com