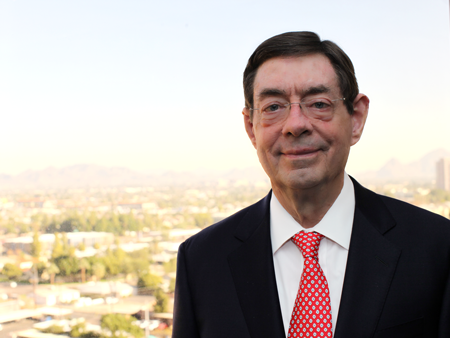 With heavy hearts we announce the passing of Stephen Earl who completed his earthly mission on Wednesday, September 16, 2020 at the age of 71. Having endured the trials of Polycystic Kidney Disease (PKD) for most of his life with strength and resilience, he was successfully recovering from a hip fracture through physical therapy over the summer.  All of us, including Stephen, were optimistic he would reach full recovery, but during a routine kidney dialysis treatment on Tuesday night he suffered an unforeseen complication. Fortunately, the Lord gave us enough time for his children and dear wife to gather by his bedside to say our final goodbyes. He then peacefully slipped away to be greeted by his parents, Rulon and Esther, and two of his siblings, Miriam (Allen) Tobler, and Allan (Denise), who preceded him in death.  He is survived by his wife, JaNae, his children and their spouses, Julie (Daniel) Earley, Cameron, McKay (Summer), Kimball (Genny), Taylor (Laura), his brother Robert (Karma), step-brother Bruce (Bonnie) Lemon, and his 19 grandchildren.

Stephen Condie Earl was born on October 8, 1948 in Las Vegas, NV.  As the youngest child, he often quipped how he survived much physical torment and teasing from his older brothers, who would later become loyal and cherished friends. One of the most difficult trials of his childhood was watching his mother struggle with and eventually die of PKD when he was only 14 years old.

He graduated from Las Vegas High School in 1967.  Because of his diligence in academics, during his senior year he was chosen to attend Boys State, and from there, Boys Nation in Washington D.C.  He loved to play baseball, participate in speech and debate, play the trumpet and was an Eagle Scout.

After high school graduation, he chose to serve two years as a missionary for the Church of Jesus Christ of Latter-Day Saints in West Germany from 1967-1969.  Learning German was difficult for him, but consistent with his character he put in the extra effort to not only become fluent, but to pass as a native German.

He attended Brigham Young University on an academic scholarship, graduating 1973 with a BA in Political Science.  While at BYU he saw his future wife, JaNae Hansen, speak in church and was so impressed that he pulled a few strings so that both of them could chair a committee together. They married a few months later in 1972.  A baby girl, Julie Michelle, joined them the next year as they struggled through school.  She was soon followed by four sons: Cameron, McKay, Kimball and Taylor.

Steve had always planned on practicing law in his father’s and uncle’s firm, Earl & Earl, in Las Vegas.  With this in mind, after graduation from BYU he applied to several top tier law schools, but Rex Lee, Dean of the newly founded BYU law school approached him to ask if he would be willing to be a member of the charter class.  He often marveled at how Rex convinced so many students with Top 10 ambitions to join the new law school.  Known for his work ethic in particular, Steve graduated near the top of his class and was loyal to the law school for the rest of his life as exemplified in his tireless service to the J. Ruben Clark Law Society in leadership roles and raising money for scholarships and professorships.

After graduation in 1976, he made the difficult decision to not return and practice law with his father in Las Vegas but had a strong impression that he should raise his family in Arizona. He began practicing law at Jennings, Strouss & Salmon in Phoenix where he was mentored by excellent attorneys and learned to specialize in zoning law.  This began a long and fulfilling legal career in land use and development.

There came a point when Steve and his good friend Daryl Williams felt they could fulfill a dream of opening a law firm together.  With Earnie Baird, they began Earl, Baird and Williams.  As much as Steve enjoyed working with close friends, he wondered if it would be possible to open a law firm dedicated to zoning.  Mike Curley had followed Steve from JJ&S to EB&W so the two of them, along with Lynne Lagarde, then formed Earl, Curley & Lagarde and went on to practice many years together before Lynne’s retirement in 2013 and Mike’s sudden passing in 2015. In 2013 Stephen and Mike pulled Stephen’s son, Taylor, away from a budding career in litigation to join the firm. Stephen and Taylor enjoyed several years of practicing together as father and son, with Taylor eventually becoming his law partner. Stephen’s entire career was a deep source of pride and joy for him.

Most important to Steve was his testimony of and relationship with Jesus Christ.  A life-long member of the Church of Jesus Christ of Latter-day Saints, he volunteered his time serving in many church callings — teaching Sunday School, working with the youth, leadership positions in bishoprics and stake presidencies — and he loved the many friendships he made while ministering to others.  Most recently, serving in the temple on Saturday afternoons was the highlight of his week.

Steve struggled with health challenges from an early age and was diagnosed with Polycystic Kidney Disease (PKD) while in college.  Consequently he experienced several close calls with death over the years, but he always recovered beyond his doctors’ expectations.  He ascribed this to the miracles of God working in his life.

We have all been inspired and blessed by Steve’s life.  We would like to collect favorite memories from his friends and associates of any kind.  These will be compiled into a collection to be shared not just with posterity, but also with friends.   All memories are welcome, whether professional, funny, sad, spiritual, something learned — anything.  Please leave them below.

Funeral services will be held on Friday, September 25, 2020 at 11:00AM.  Extended family, friends and associates are invited to attend virtually at this link: https://zoom.us/webinar/register/WN_GoEjPuBDROuRGdiZA67qyA. Registration is required and can be completed anytime beforehand.  A slideshow of Steve’s life will play at the above link preceding the services beginning at 10:30AM.

In lieu of flowers, any desired donations can be directed to the following sites: