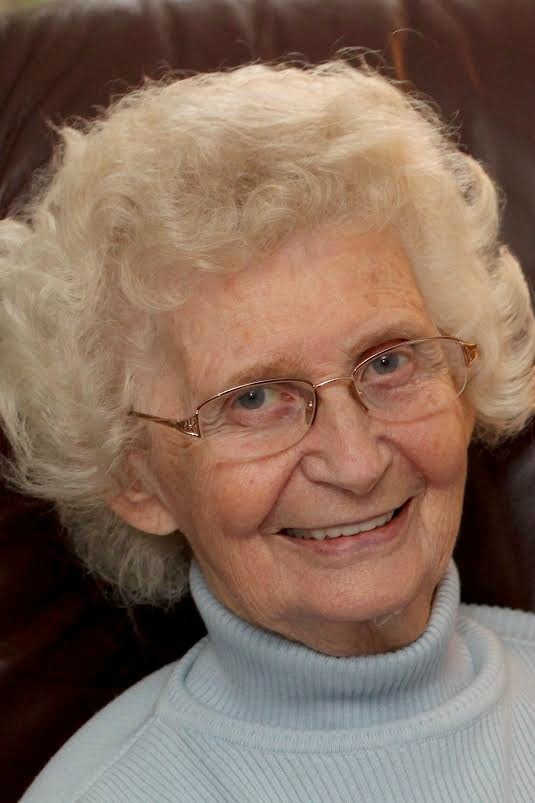 Barbara Ann Hill, 83, passed away peacefully, surrounded by family in her Mesa, Arizona home on January 9, 2015. Barbara was born August 15, 1931 in Lansing MI to Charles and Bessie Chenoweth. She studied business and sang in the choir at Lansing Eastern High School. After graduation in 1949, she married Richard Dean Hill, her husband of 65 years. They began their married life on the Hill family farm in Ithaca, had two sons and moved to Lansing in 1956 where their daughter was born. The family moved to Jackson in 1965 and then to Adrian in 1969. Barbara worked as a bookkeeper for a jeweler and a men’s clothier in Jackson and later as a secretary at Dura Corporation and Adrian College before retiring with her husband to Mesa, Arizona in 1985. Her faith was woven into the fabric of her life. Christ was the focus. She began each morning in bible study and worship, met her husband at Church of God youth camp in St Louis, MI, taught her children by example, led adultSunday School classes and bible studies for over 30 years and held several statewide offices in the women’s groups in both Michigan and Arizona. Always active and curious, she read a great deal, visiting most states in the US and traveling once to the Holy Land and twice to Europe. Barbara was a self-taught computer user and avid genealogy researcher. She was also a life-long music lover and has passed that passion on to her children. The consummate hostess, Barb loved to entertain in her home and she was famous for her cinnamon tea rings. The family will always be grateful to the loving folks at Banner Hospice who provided such wonderful care for Barb and for all of us. Barbara is survived by her husband of 65 years, Richard Hill of Mesa AZ, son Barry Hill (Melissa) of Whittier CA, son Melzor Hill (Patricia) of Apollo Beach, FL and daughter Renee Lucci (Robert) of Gilbert AZ, brother Donald Chenoweth (Lori) of Lexington KY, seven grandchildren and ten great-grandchildren. Viewing Friday January 16 from 6-8pm at Bunker’s University Chapel, 3529 E. University, Mesa. Service – Saturday January 17 at 1:00pm, East University Church of God, 6630 E. University, Mesa